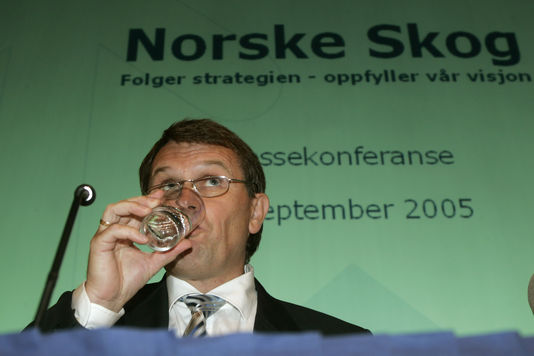 An icon of european industrial is on the ground. Norske Skogindustrier (NSI), the largest Norwegian paper, and one of the global champions of the sector, has filed for bankruptcy, on Tuesday, 19 December. Spectacular bankruptcy : the group of Oslo employs 2 500 people on five continents, and has seven huge plants in the world, including one in Golbey, in the Vosges. As many settlements whose fate is now very uncertain.

In the immediate future, the sites will continue to produce the paper journal, paper, magazine, etc, The bankruptcy “has no impact on the operation of plants” and ” we will continue our activities normally “, wished to clarify the direction of Golbey, and employs 328 employees.

But in the long term, the whole group will, in principle, be sold in the auction, and no-one knows yet what will be the restructuring measures taken by the(s) purchaser(s). More than a hundred funds and professionals the paper would be already interested, with a length of advance for the industrial conglomerate Norwegian Aker, which, associated with the investment fund Oceanwood, looks at the folder for several months.

CLF has long been regarded as one of the most beautiful success of the industry, Norwegian and european. The company was founded in 1962 by forest owners and the Norwegian decided to control the processing of their wood into paper, and full of ambition.

Opening a first site in 1967 and marked the beginning of over 35 years of expansion. The growth has been important in Norway, where the group has gradually become hegemonic, to the point of controlling 80 % of national production in the 1990s.

The choice to rely heavily on paper for newspapers and magazines, to become one of the world leaders of this business, proved to be fateful

But NSI has decided to conquer the world. His first…