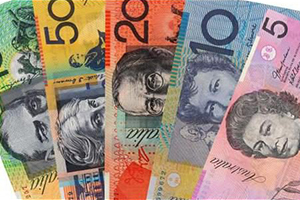 The Australian Bureau of Statistics will publish tomorrow, June 15, the jobs report for the month of may. If you consider the trading of this event on the foreign exchange market, here is what help you to optimize your making pips.

That happened the last time ?
The australian economy has generated a net increase in employment of 37 400 over the period of April. It was a good surprise since the consensus among economists was around a small increase of 4 500. However, employment growth in the month of April has been slower than that of the month of march even if the figures of this month have slightly been reduced (60 000 60 900 originally).
Other details disappointing of the report, the fact that the growth recorded in the month of April is based on an increase of 48 960 part-time jobs. The full-time jobs, meanwhile, fell by 11 600. Note that it is the first loss of the full-time jobs after two consecutive months of net increase.
Another detail, the seasonally-adjusted jobless rate fell to 5.7% in April instead of stagnate at 5.9%. This is the reading the lowest since January of 2017. The participation rate finally, remained stable at 64.8 per cent is its best reading since July 2016.
Overall, the employment report aussie of the month of April has been good. The only disappointment is based on the net loss of full-time jobs. On the foreign exchange market, the dollar AUD has logically progressed.


What are you expected this time ?
The general consensus among economists indicates that the australian economy was expected to have generated 10,000 jobs in the month of may. The unemployment rate and the participation rate could stagnate respectively to 5.7% and to 64.8%.
Let’s have a look on the leading indicators available to determine if the projections are likely to be realized.
The PMI Index on the manufacturing decline of 4.4 points, it is to 54.8. The sub-index for employment also fell but to a lesser extent, down 1.7 points to 54.2.
The Index for the construction, meanwhile, rose 4.8 points to reach 56.7. The sub-index of employment also improved 5 percentage points to 54.6, and there was thus a strong growth of employment in the construction sector.
The performance Index of Services declined to 53 to 51.5. The sub-index employment has suffered the same fate, it went from 51.9 to 49.2 is a figure lower than 50 shows a contraction in the sector.
Finally, the Index of employment of the monthly survey conducted among enterprises by the national bank australia (NAB) has increased from 7 points to 6 points in the month of may. Despite this decline, the comments indicate that a reading of 6 points is still well above the long term average. The reading is thus consistent with the recent increase in the growth of employment in the country.

If you consider negotiating the event, keep in mind that a reading better than expected employment report usually causes a rise in the australian dollar. On the other hand, when the numbers are below expectations, often seen a massive sale of dollar AUD.