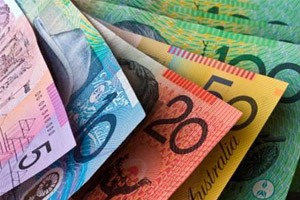 The australian dollar or dollar-AUD is the fifth currency most traded on the foreign exchange market. It is found in approximately 7.6% of the transactions. How to optimize his trading ? This is what we’ll see today.

The australian dollar or the currency of the raw materials
Australia exports a lot of raw materials. At the global level, Australia occupies the 21st place in the countries most exporters with 243 billion in 2014. This positioning is logical to the extent that the country has important natural resources such as iron ore, coal, gas, oil, and gold.
With this, the raw materials represent a significant part of the australian economy. Even if the country is currently in full transition, post-mining, this industry still accounts for nearly 20% of GDP. The economic growth depends on so greatly in the prices of raw materials. When these fall, the growth in australia is slowing down and the domestic currency depreciates on the foreign exchange market. In contrast, when the price rise, the dollar AUD appreciates further.

An australian dollar is closely linked to the economic growth of China
China is the main trading partner of Australia in particular in relation to the mining sector. The country is so dependent economically on China. Specifically, if the demand of raw material decline in China, australian exports decrease, which is not really good. Indeed, this is reflected in the dollar AUD depreciating on the foreign exchange market. On the other hand, if the demand is high, then exports increase and the currency appreciates again on the forex.


One australian dollar is dependent on global economic cycles
As exports are a large portion of the australian GDP, the country is susceptible to global economic cycles. When the global growth is progressing, the australian dollar appreciated in the foreign exchange market, on the other hand, when this latter weakens the dollar AUD loses its value. Investors have a tendency during such periods to prefer safe havens such as the dollar USD, more reliable.