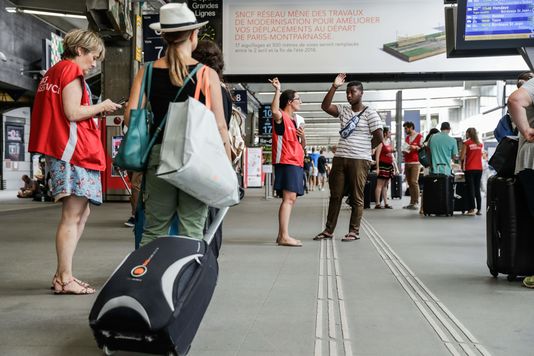 The fire occurred in an electrical substation in Issy-les-Moulineaux (Hauts-de-Seine), which feeds into the gare Montparnasse train station, Friday, July 27, has plunged thousands of travellers in the face of uncertainty. Monday night, the Network of electricity transport (RTE) has announced that the current was back to the train station in paris, after four days of controversy. But, behind the difficulties for the travellers, another crisis was played out between two public operators, the major, the SNCF and RTE.

On Saturday, the president of the SNCF, Guillaume Pepy, has not hidden his annoyance : “We are the victims, the users, and ourselves, a fire which took place on a transformer, that has nothing to do with the SNCF, which is a transformer of the society TEN “, he recalled, asking for compensation.

Strikes, results in the red, traffic disrupted…, dirty time for the station

During the weekend, executives from the SNCF did not skimp on their criticism of RTE, accusing the subsidiary of EDF did not comply with his contract. And in particular not have in place a fallback solution in case of hard blow. Claude Solard, managing director of the SNCF Network, explained that the group has built a three-circuit independent power, but that ” RTE has connected these three circuits to one and the same installation “. To be clear, the backup device also depended on the position electric victim of the fire.

Feeling of being wrongly accused