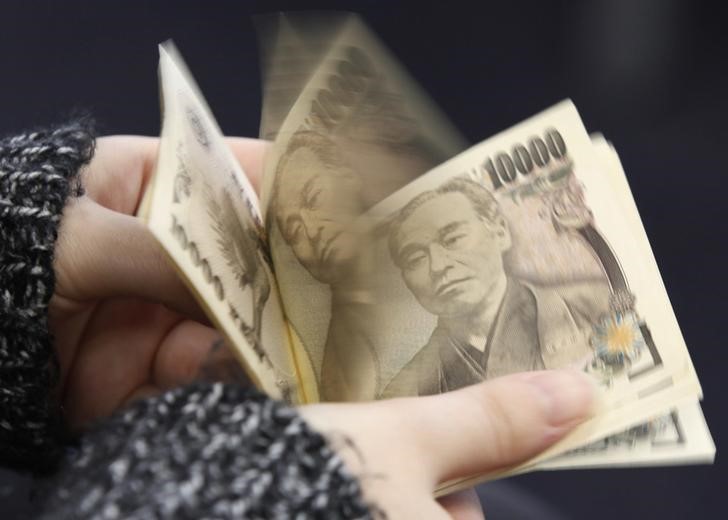 Investing.com – The u.s. dollar fell Thursday, as fears of a global slowdown has resulted in an increase of the yen.

The yen was up 4.4% at the beginning of the session after a flash crash in Asia, due to the automated commands. The crash has spread to other currency markets, Japan is still on holiday for the New Year.

The yen is often seen as a refuge in times of global uncertainty.

“It is a continuation of some of the market’s concerns related to China, the United States and, more specifically, to a revaluation of the dollar as a safe haven,” said Jane Foley, analyst foreign exchange at Rabobank.

Global equities also fell Thursday after Apple (NASDAQ: AAPL) has lowered its forecast for revenue, citing a decline in chinese sales due to the trade war between the United States and China, which weakens the strength of the chinese economy.

The slowing growth of the manufacturing sector in the United States has also disrupted the markets, investors worried about the slowdown of the economic growth. The PMI manufacturing index ISM fell to 54.1 in December, while the forecast amounted to 57.7.

-Reuters contributed to this article.