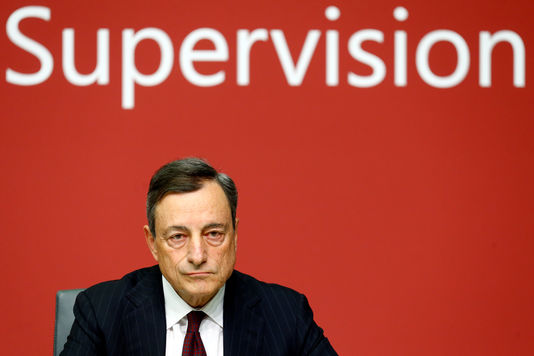 Forum. On December 7, the group of central bank governors and heads of banking supervision met under the presidency of Mario Draghi, has published an agreement on the final chapter of the rules of “Basel III” designed to strengthen the financial soundness of banks. Central bankers, governments and leaders of banks are immediately welcomed the agreement while the negotiations seemed to be stalled there is still a little time.

This beautiful unanimity and enthusiasm have something disturbing… wouldn’t this be the sign that one has finally agreed on a minimal reform intended to upset anyone ?

To assess the real scope of the agreement, it is necessary to put things in perspective. In 1988, a few years after several crises of sovereign debt (Mexico, Asia, etc…), governments and regulators had taken an excellent initiative : requiring banks to have a minimum of own funds to cope with potential losses and avoid so that it does not actually call on the taxpayer. These agreements were referred to as ” Basel I “. This system had the merit of simplicity and clarity : the banks had to have 8 % equity in the face of the credit granted to their customers.

In the early 2000s, the regulators gave the first strokes of the knife in this regulation in the tolerant that of ” quasi-equity “, that is to say, of false equity, are included in the balance sheets of banks. But most importantly, on 26 June 2004, the governors of the central banks, and regulators gathered in Basel under the presidency of Jean-Claude Trichet, decided to revolutionize the system in place by taking a double decision : to enable the banks to balance their credits based on the rating assigned by the rating agencies, and allow banks to calculate their own risk-using ” internal models “.