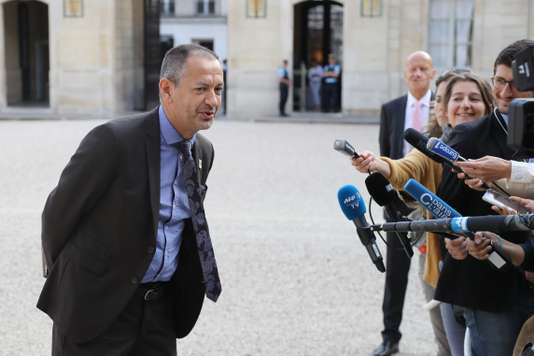 Analysis. Pascal Pavageau has not left it to hover for a long time the threat of resort to the practice of the empty chair by boycotting future negotiations on unemployment insurance.

The secretary general of Force ouvrière (FO) has even resorted to an unusual procedure when seeking the green light from his the confederal committee national (SCC) – its ” parliament “, which brings together the federations and departmental unions (UD). He has received a mandate on the 27th of September, to negotiate ” in full independence vis-à-vis that wants to impose the government “. The NCC challenges the roadmap, become commonplace before any negotiations interprofessional, in holding that ” the principle of a framework letter is unacceptable.” On September 25, Pascal Pavageau added his signature to those of his four counterparts confederation – the CGT, the CFDT, CFTC, CFE-CGC – to propose to the board an agenda of negotiations.

In appearance, the DNA of the FO, its commitment to social dialogue – which led its unions to sign around 90 % of the deals in the business – is thus preserved. In reality, five months after his election, on the 27th of April, at the conclusion of the congress of Lille, where he led a violent battle against his predecessor, Jean-Claude Mailly, M. Pavageau has given an impetus to a 180-degree turn, a radical break with the past of its central.

For the new boss of FO, the political landscape, economic and social, it is Apocalypse Now. In a statement, dated 6 September, its executive board to sound the halloo against the policy of Emmanuel Macron : “The counter-reforms to multiply these last few months with the goal of destruction, brick by brick, the foundations of our social model to be a republican. “

A verdict without appeal

“Will to annihilation of the social Security “, ” decline organized in the purchasing power of “the last chore” “, ” casse accelerated…