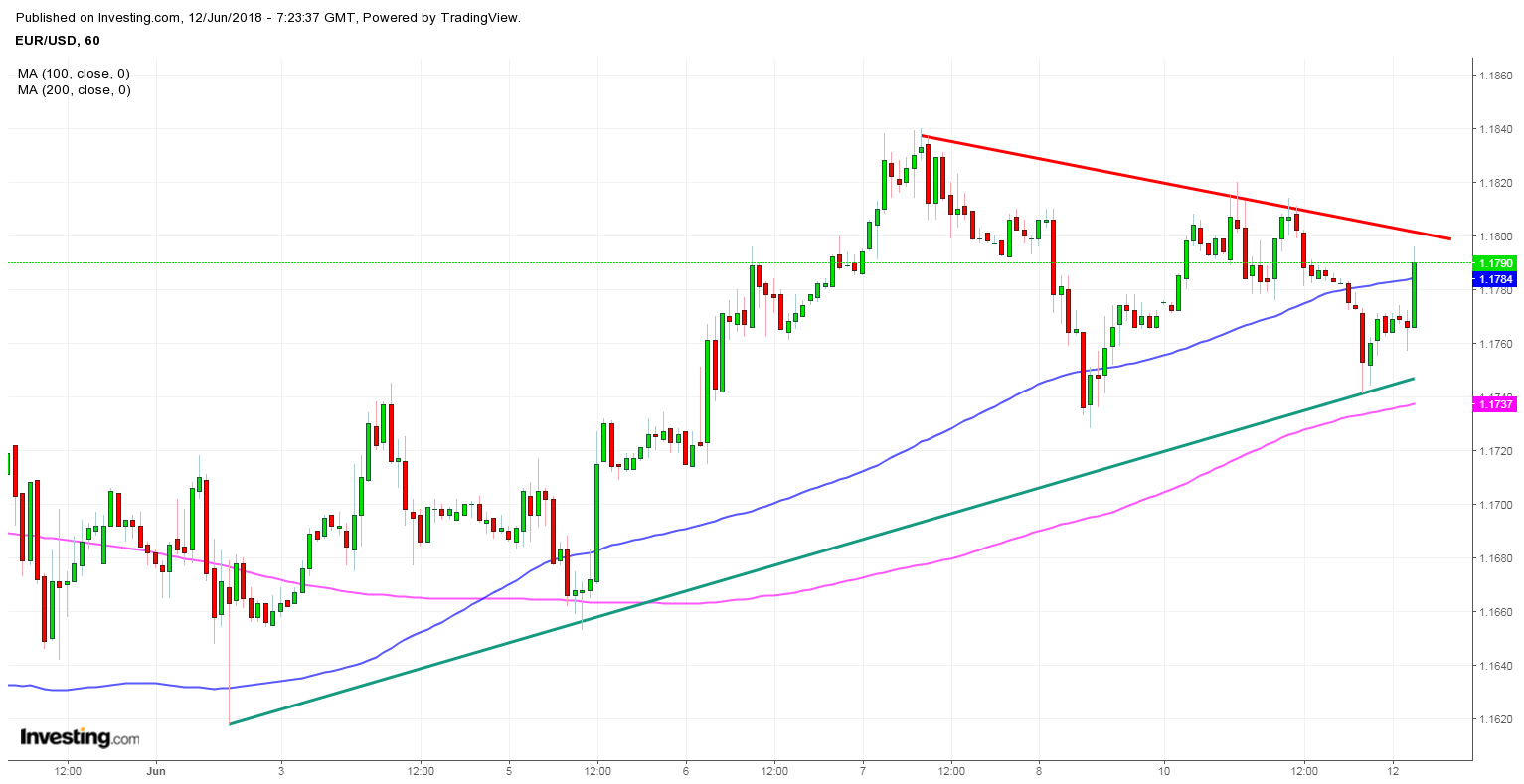 The uncertainty remains the dominant theme on the EUR/USD pair on Wednesday morning, despite some gains, after a start of the week already hesitant yesterday.

Recall that the Euro Dollar started the week on the upside, attempting several times to climb back above the psychological level of 1.18 in the course of the day yesterday, before starting a correction which resulted in a hollow at 1.1740 last night. But the fall was quickly stopped, and the pair was bouncing, to appear again close to the psychological level of 1.18 during the writing of this article.

The day of Monday there had been the occasion of any important statistical data and the signature this morning between Trump and Kim Jong A document of commitment to “work to the complete denuclearization of the Korean peninsula” does not seem to impact the markets in addition to time.

Traders seem to mainly focus on monetary policy, with once is not custom, the Fed and the ECB, which will meet in the same week, respectively on Wednesday and Thursday.

For the Fed, the market expects largely to a rate increase, while for the ECB, there are high probabilities that the date of the end of QE to be announced. In other words, the market anticipates meetings hawkish for the two central banks this week, with the key an impact on EUR/USD difficult to grasp.

Unless one of the two central banks by surprise by disappointing the expectations of the market, the fate of the EUR/USD will depend on, therefore, without doubt, of the details of these two meetings.

From a graphical point of view, it is the hesitation that dominates, no major threshold has been crossed or upward or downward.

The EUR/USD pair has still the support of the upward trend line visible in the hourly data since the 1st of June, and remains above its moving average of 200 hours that can be considered as a support.

Finally, it should be noted that the economic calendar has two statistics that are likely to influence the exchanges on Tuesday with the ZEW index of business climate in German at 11am, and with the CPI US 14: 30.