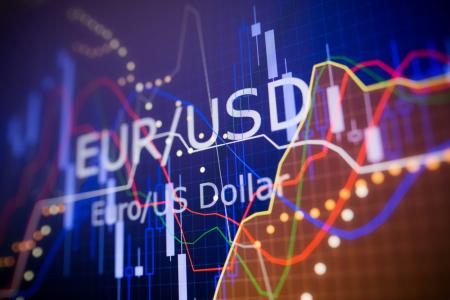 The EUR/USD pair continues to show a bearish view in the short term this Monday morning, even if it has not yet brand new lows compared to the low point at 1.1202 last Friday.

Recall that the Euro-Dollar had weakened from last Wednesday, but the most important day of fall was Friday, in the face of the retail sales in US better than expected, which resulted in a net acceleration upward of the Dollar.

Today, the economic calendar is almost empty, should not influence trade, but the pressure is still to the downside, the lack of reasons to grow.

It should also be noted that the attention of traders should quickly turn to the Fed meeting on Wednesday, for which the stakes are high, and that could encourage investors not to over-commit in one direction or another by then.

Recall that the rate cut expectations from the Fed have widely improved in recent weeks, as seen on the barometer of the Fed Investing.com and the market is now almost certain that the Fed will lower its rates in the month of July.

The Fed does not like to surprise the markets, if it actually plans to raise its rate next month, it should pre-announce a more or less clear during Wednesday’s meeting.

If this is not the case, it will no doubt expect to see the Dollar skyrocket, and the pair EUR/USD continue its fall.

From a graphical point of view, the psychological threshold of 1.12 is to be considered as an immediate support. Below this threshold, the next major support will be the low annual 2019 of 1.1106.