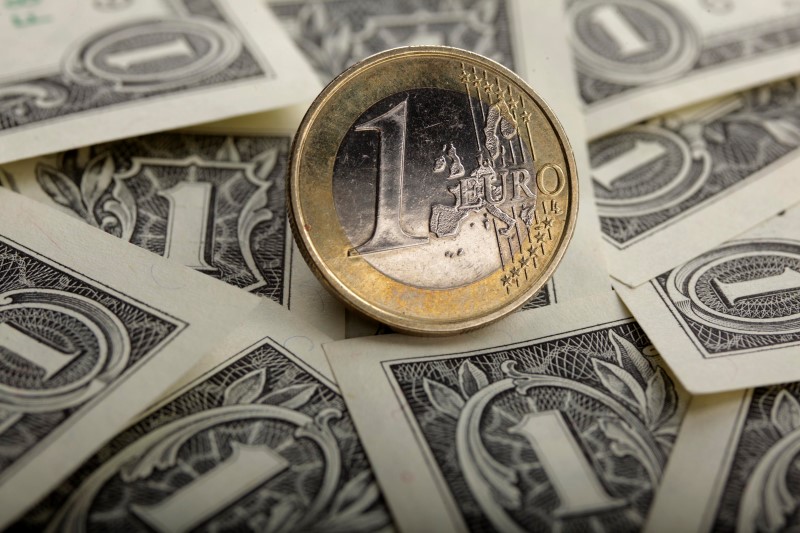 © Reuters. The EUR/USD corrects, but the upward bias of the background is valid

Investing.com – The pair EUR/USD corrected on Thursday after having risen about 130 pips between yesterday afternoon and this morning.

Note that the pair EUR/USD had benefitted from a rapid decline in the Dollar, first in the face of about dovish tone of Fed members (Bullard and Bostic), which were declared open to possible rate cuts, if necessary.

In the evening, the Minutes of the Fed also turned dovish, highlighting disagreements within the FOMC as regards the increase of rates in the month of December, and putting the emphasis on the patience that the Fed should show from now on.

It’s also important not to forget that the shutdown of the US government continues, which also maintains the pressure on the greenback.

On Thursday, the EUR/USD corrects so, mainly because of profit-taking for now, with a recent low of 1.1517.

As long as the pair maintains the psychological threshold key 1.15, the probability of continued rise will remain high.

In this framework, the resistances to watch for as the next bullish potential are situated on the summits of the day, at 1.1570, and on the psychological threshold of 1.16.

Finally, it will be recalled that in the afternoon, and the evening will be rich in events potentially influential on the Euro-Dollar, with the Minutes of the last meeting of the ECB at 13: 30, registrations weekly jobless claims at 14: 30, new home sales, at 16h, and the intervention of members of the Fed, with Powell to 18h, Bullard at 18.40 and Clarida at 23: 30.