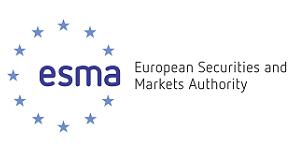 The european securities and markets authority (ESMA) has published a press release on its work relating to the sale of contracts for differences (CFDS), binary options and other products that are speculative to private investors. The european regulator could adopt rules to limit the leverage for the trading of Forex and CFDS, to prohibit the bonuses offered to the clients, as well as other measures to enhance the protection of customers.

The FCA of the United Kingdom has therefore decided to delay its new restrictions on CFD and forex trading, because the control authority european central examines the question. The new brings a slight relief to the financial industry, because the FCA had intended to introduce the new regulations before the end of the month of June.

ESMA also plans to use its new powers of intervention which enable him to ban certain products for a period of 12 months. In accordance with article 40 of MiFIR, the intervention measures will have to be approved by the board of directors of ESMA and shall not come into force until January 3, 2018.

The measures under consideration by ESMA are similar to the proposals of the FCA, they include a ceiling on the lever, and a prohibition of promotions and bonuses. Some changes to procedures related to customer acquisition are also proposed to the extent that the FCA seeks to protect customers who are not well informed about the risks.

Beyond the measures set out by the FCA, ESMA is considering the introduction of measures to protect against the negative balance, a step that the regulator of germany has already implemented.