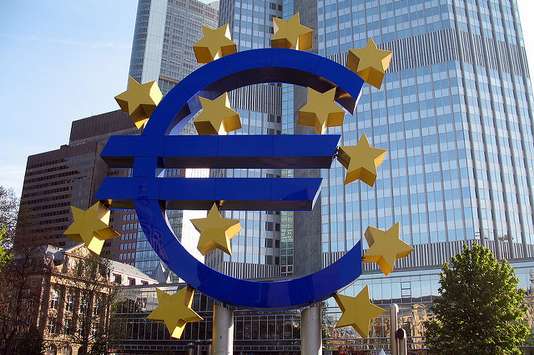 History. As soon as the crisis of the late 2000s, the european monetary union is manifested in the form of a growing involvement of the european central Bank (ECB) to ensure the liquidity of the banks and secure the public debts, with as an effect a tripling of its balance sheet and increase its influence. On the other hand, the responsibility to restore the solvency of banks on the brink of bankruptcy has largely remained the domain of national governments. Historical experience suggests that this distribution of roles is not sustainable.

Until the mid-Nineteenth century, most banks were companies of relatively small size, regional and specialty

Until the mid-Nineteenth century, most banks were companies of relatively small size, regional or specialized. The creation of banks of large size was the subject of a strong political opposition, motivated by the fear of such banks to gain undue influence. The creation of banks (private) monetary emission was the result of a compromise between, on the one hand, the bankers, who wanted to ensure each other a guarantee of liquidity from the issuance of the notes, even constrained by the obligation of convertibility of metal, and on the other hand, governments, eager to provide cheap credit and facilitate economic development. These banks have contributed to the unification of national markets in credit by refinancing regional banks, and facilitating payments.

But this unification was mainly provided by the emergence of major banks for deposits. Because the credit is an activity with increasing returns, both in terms of reserves of collection of information (as witnessed by the extraordinary service of financial information created by the Credit lyonnais), their activity began to concentrate. Their first forays into the funding of…