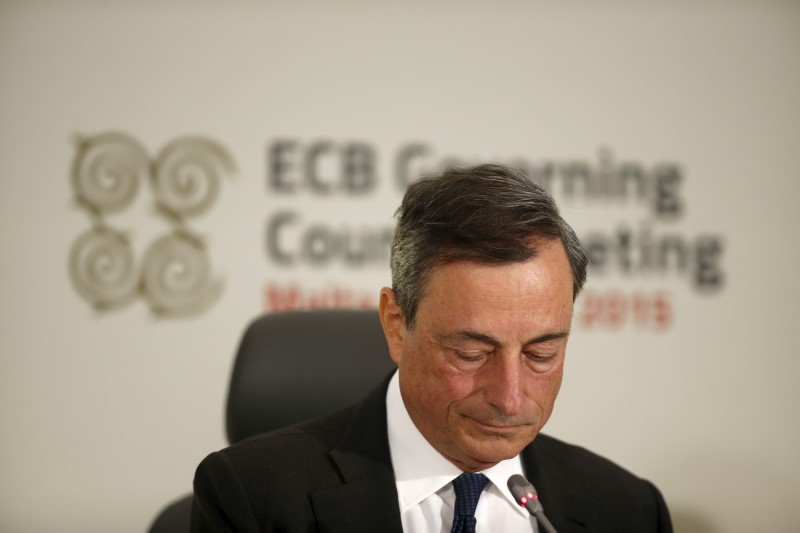 According to a statement from the ECB dovish despite the absence of declining interest rates, the press conference of Mario Draghi confirmed the vision was not optimistic of the economy of the central bank.

The president of the ECB stated that the economic outlook is “worse”, noting that the previous forecasts were calling for a rebound in Q2, but that recent indicators are now pointing rather to the weakness.

He also posted the same notice for Q3 and Q4, highlighting that the weakness of the european economy is mainly due to global economic growth weakened, which affects the european manufacturing sector.

He clearly stated that the balance of risks is tilted to the downside and that the ECB remains ready to ease monetary policy and consider all the options.

The boss of the ECB has also seen inflation pressures “mixed”.

A few details make up the Euro

In the Face of this comment, which seems to denote a lack of unanimity within the ECB, the Euro has rebounded strongly, rising from 1.11 to the challenge”the purpose of the press conference at 1.1170 about.

Draghi also stated that there had been “no discussion to lower the rate today”, and has présicé prefer to take knowledge of the next projections before acting, other details slightly less dovish that the entire discourse.

It should be noted that the reaction strongly bullish of the Euro in the face of these few details is also explained by the fact that the market had anticipated a likelihood of more than 50% that the ECB lowers its rates today, and that in this context, one could indeed expect that any declaration that does not go perfectly in the direction of a rate cut in September had a strong impact on the single currency.

Finally, although the ECB does not officially have an exchange rate Euro-Dollar in particular, the rise of the pair in response to the comments yet largely dovish tone of today could make an attempt to correct for this impact through “leaks” or statements dovish members of the ECB in the next few days.