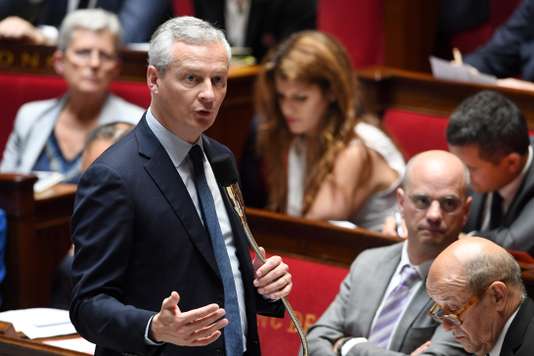 It took two months, day for day. Originally intended to be presented at the council of ministers on 18 April, the action plan for growth and business transformation (Pact) should be submitted to the government Monday, 18 June. Meanwhile, it has been shifted, and then reprogrammed, no less than… six times. Childbirth in the pain for a text that the minister of the economy, Bruno Le Maire, defends but tooth and nail since the fall.

Supposed to facilitate the growth of businesses to ” reconnect with the spirit of conquest, economic “, the project of law, which The World is given a version, aims to provide “capital and shareholders of the long-term,” but also to ” better involve the employees in the fruits of the growth “, through a consolidation of mechanisms of participation, profit-sharing, employee savings or employee share ownership.

A ridge line between the liberal orientations, and – more rarely – social to the executive that The Mayor should continue to defend until the end : according to our information, the minister of economy has planned to “sell” one last time his plan in a speech on 18 June, in the morning, a few hours before the council of ministers expected in the afternoon.

“After a budget 2018 which posed a framework that is favourable to productive investment, the law Covenant sign act II of the tax change for the firms,” boasts Laurent Saint-Martin, member of parliament of The Republic on (LRM) for the Val-de-Marne and vice-president of the finance commission of the national Assembly. This bill motley of 71 articles remains difficult to summarize by a flagship measure – and therefore tricky to wear politically – there is not a problem. “Look at the law Macron [August 2015] : there was not one great measure ! “defends the parliamentary.

Yet, more than any other…