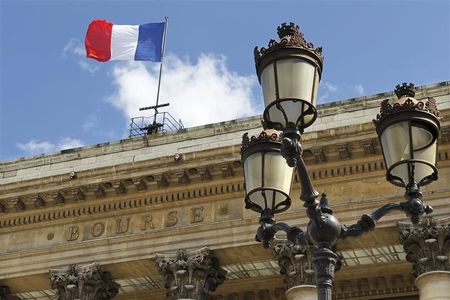 The CAC 40 is moving with no great tendency on Wednesday morning, with a decline of -0.15% at the time of the writing of this article, after an increase of 0.50% in closing yesterday.

The subject of the trade war China-USA remains the dominant theme, in the absence of catalysts specific european.

Among the latest news, it should be noted that it seems that the government is US, after having softened its position vis-à-vis Huawei yesterday, was now in the sights of the societies of surveillance equipment chinese manufacturer of drones, DJI.

China, for its part, through the ministry of foreign affairs, urged the US government to provide an environment that is not discriminatory to chinese companies that settle in the United States.

The impact on the CAC 40, however, seems limited. The rest of the week will be from tomorrow on the occasion of events that are potentially more influential, with the PMI indexes are preliminary european of the month of May and the German IFO index tomorrow morning, and the Minutes of the ECB in the early afternoon.

The program in charge of tomorrow in part explains the lack of trend of the Paris stock exchange today.

From a graphical point of view, the current configuration of the CAC-40 in hourly data form a triangle, of which the terminal high corresponds to the moving average 200 hours currently located to 5400 points.

Above this threshold, the peaks of the last week in the area of 5450 points will be the next hurdle to watch for, prior to 5500 points.