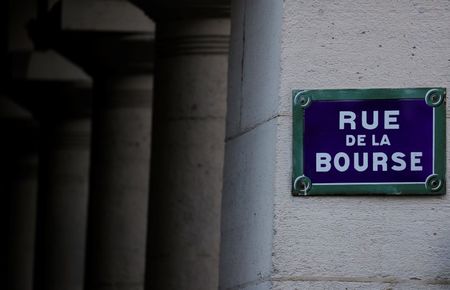 After posting yesterday a 3rd session of consecutive rise, the CAC 40 declined on Wednesday, posting a loss of -0.67% at the time of the writing of this article.

The evolution of the US stock exchanges weighed on european exchanges this morning. The major indices in the US have shown decreases very limited in the fence yesterday, but this slight weakness has especially sounded the end of a series of several days of consecutive increases.

Concerns about the relationship China-USA also remain high, Donald Trump has once again waved the threat of new tariffs if concrete steps are not identified during the meeting Trump-Xi, who is expected to take place during the G20 at the end of the month, and by then, a surge of voltage-verbal is not excluded.

Today, the CPI US could have an influence on the trade, helping to fine-tune the rate expectations of the market, which perceives for the moment a probability of 80% that the Fed lowers its rates next month.

We will also remain attentive to the general policy speech of the French Prime Minister, although no announcement relating directly to the markets is expected.

From a technical point of view, it should be noted that a break below 5400 points gained yesterday has been confirmed this morning, which is a bearish signal.

Has the increase in the peaks yesterday to 5430 points, and the peaks of 16-17 may to 5450 points will be the next resistance to watch for in case of return above 5400 points.