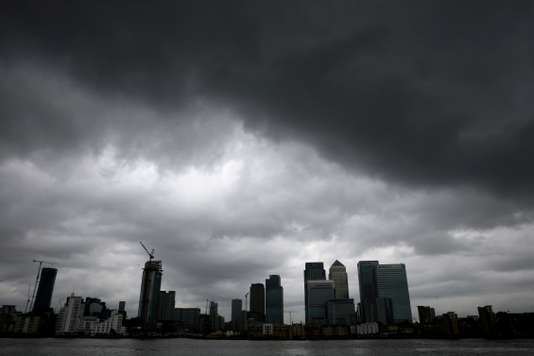 With a painful compromise on the Brexit Friday 6 July, which was translated on Sunday by the resignation of the minister in charge of this issue, David Davis, the british government has made a surprising admission by default : it has dropped the City. The United Kingdom wishes to stay in the single market for goods, not services.

For the finance, it requires only a vague ” arrangement that preserves the mutual benefits of integrated markets and protects the financial stability “. “For the first time, the requests of the City are not listened to in priority by a british government,” says William Wright, director of New Financial, a think tank financially.

This admission of weakness will only accelerate the slow drip of departures of the bankers of London, started since several months, imperceptibly. No major announcements or exit seats, but here and there, a few tens or hundreds of people are preparing their suitcases.

“Acceleration” of the movements in recent months

According to our information, the Italian bank UniCredit announced on June 29 the departure of five jobs of the traders responsible for rate in Milan and a half-dozen employees of the administration. Three days earlier, Bank of America Merrill Lynch named three senior executives to Paris, the first movement of approximately four hundred jobs that need to be distributed among different countries of the european Union (EU).

Elsewhere, the asset management company Schroders has opened a subsidiary in Paris, Barclays is preparing to move a few tens of people in Dublin, the Royal Bank of Scotland has registered a new subsidiary in Amsterdam, Standard Chartered has obtained a banking licence in Frankfurt, Goldman Sachs and JPMorgan have announced an increase of their numbers in Frankfurt and Paris…

In total, according to a survey conducted in march by Reuters, with 119 companies in the financial,…