Iraqi government forces have taken control of large areas in the region of Kirkuk in northern Iraq, including oil fields west of the city of Kirkuk, and parts of the city itself.

It reports iraqi state tv on Monday, according to Reuters.

The kurdish local government, KRG, has questioned the data.

Iraqi prime minister Haider al-Abadi has ordered the security forces to impose security in Kirkuk in cooperation with the city’s population, and the Peshmerga, the kurdish forces, according to the state tv.

Security personnel of the KRG has denied the information that the iraqi forces managed to get closer to the city or take the areas from the Peshmerga.

U.S. department of state stated that they are monitoring the situation closely and is concerned about the information on the confrontation. The call with all parties involved.

Among oil companies with operations in iraqi Kurdistan are the Swedish Shamaran Petroleum and Norwegian DNO. 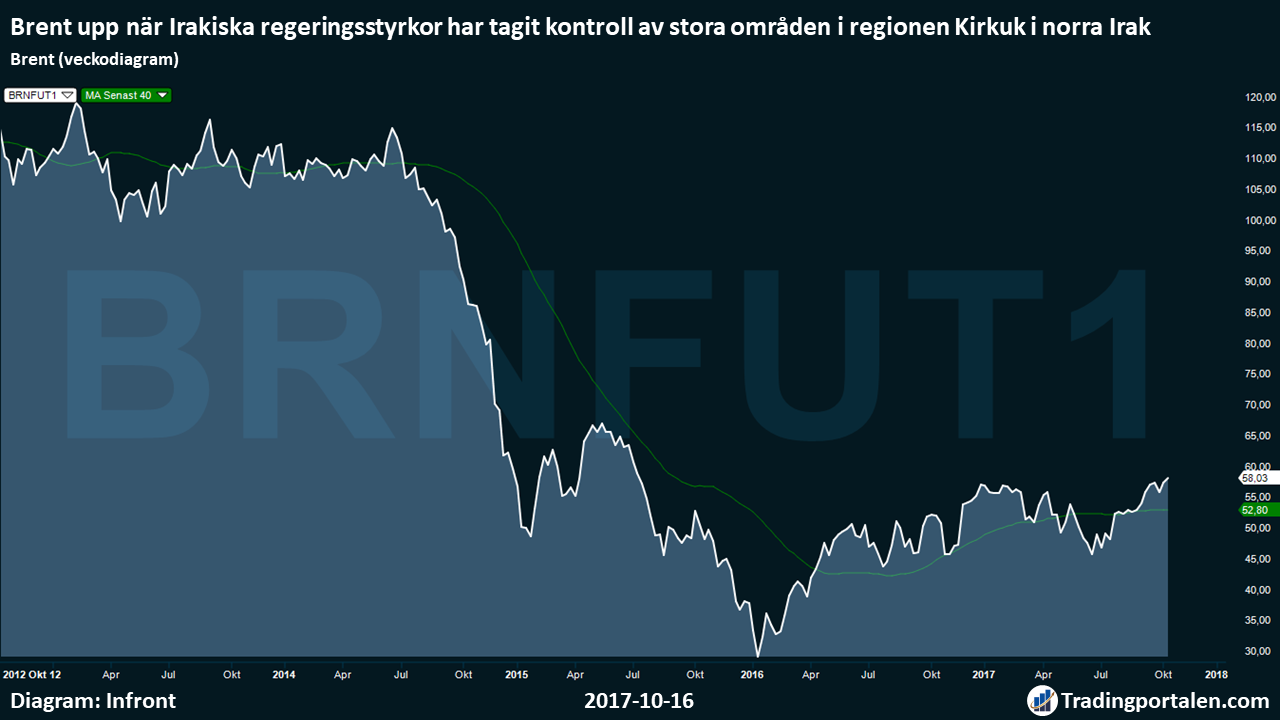