This project is one of four candidates selected by The World and Finansol to apply for the prize ” Coup de cœur du public “, in the framework of the Grand prix of the solidarity finance 2018. Internet users have until October 5, midnight to vote. The award ceremony will take place on 5 November at the Maison des métallos, Paris. 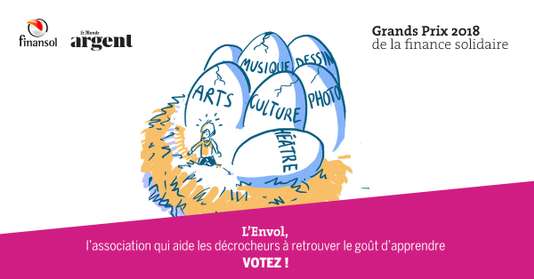 It is creating ” 501 Blues “, a show mounted with the workers of a factory that Levi’s in the north, brutally dismissed, the director Bruno Lajara became aware that art could change life. Two years ago, he used this experience to create in Arras (Pas-de-Calais), take-off, a device that uses art to reintegrate young dropouts in school, or young adults in a situation of failure and exclusion.

In the framework of the civic service, young people receive training for seven months at the rate of 24 hours per week. They benefit from theatre classes, singing, dance, writing workshops… The purpose is not to train artists, but to make culture a vector of emancipation and constitution of a professional project, or even a life project.