Clas Ohlson has the latest month rekylerat greatly… which creates a köpläge when the shares come down to the support area around 145kr. So long as support remains intact we expect a new test of the August top.

Clas Ohlson has, for the past two years have been traded within the range of between 121 and 174 bc In mid-march triggered a false sell signal, which contributed to a strong movement at the top, supported by utbrottshandlare forced to close their as short-selling positions. Köptrycket led to a local peak just below all time highs.

This top was tested once again during August, which resulted in a bounce that led to technical weakness and a breakthrough downwards from a less dubbeltopp the last month. The share has now come down to the support at 145kr, which will be crucial for the short-term development. A stoploss can be placed narrowly in relation to the potential of at least a short-term backlash is proposed a purchase between 145-146kr. Målkurs are set conservatively to 156kr.

The share is trading below the rising 40-week moving average.

The stock is traded on the stockholm stock exchange, under the symbol CLAS B. 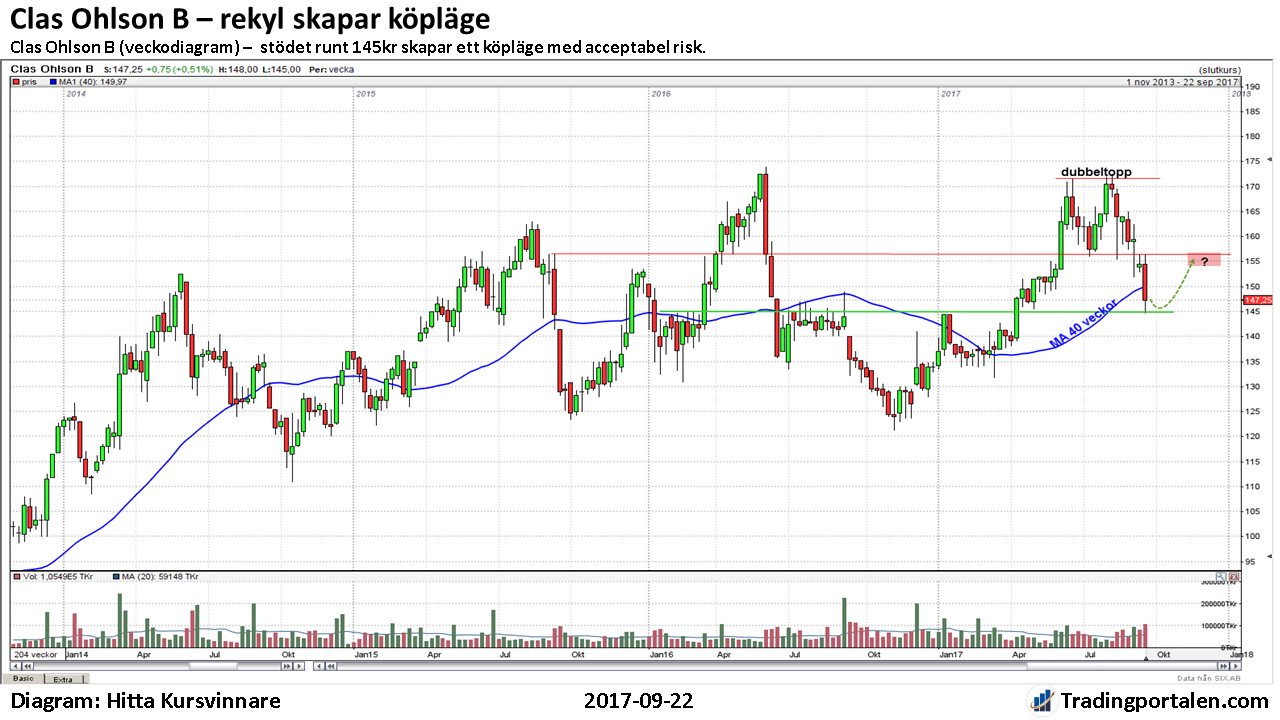