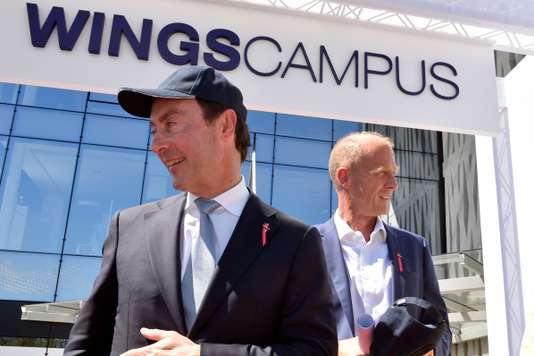 This is becoming a tradition at Airbus. As in the family shakespeare, it is tearing at every change of generation. In July 2006, the boss at the time, Noël Forgeard, leaves the company, still known as EADS, in the crash of a double scandal, industrial and financial. The year 2018 will see the current direction landed on a background of a campaign of anti-corruption and rivalries at the top. However, educated by the memory of the pétaudière of 2006, the government had undertaken a profound restructuring of the governance of the group, actant in particular, in 2013, that States the French and German shareholders, each at 11 %, are no longer represented on the board of directors. The industrial processes have also been reviewed thoroughly, and the new boss, the German Tom Enders, the liberal said, was free clearly the tutelage of its powerful shareholders.

It was not enough. The knives are again out to the head of the company, in particular between the number one and number two, the French Fabrice Brégier. This time, the pretext is a destabilization of the management of the company. The corruption case, which affects the commercial networks and that the company has recognised in “autodénonçant” with the british authorities, has led to an internal investigation that has destabilized the commercial forces.

On the other hand, the decision by Tom Enders to nominate the head of the technical direction of a young American, Paul Eremenko, a former Google and Darpa, the research agency of the Pentagon, has raised a storm of revolt. In total, a good portion of the management history of the company, including the directors-strategy, commercial and technical, has left the company, including, finally, the new rookie american.

A beautiful mess for a group in full form. Its order book is full and the future is bright. But the success…