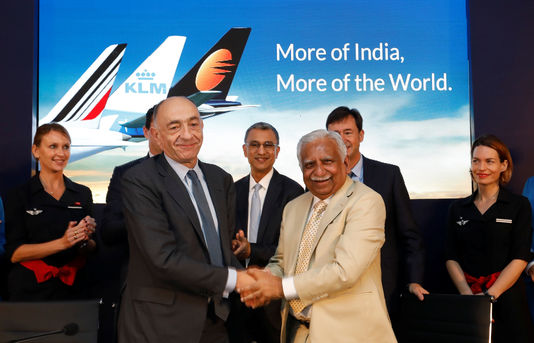 The CEO of Air France-KLM, Jean-Marc Janaillac, holds its course. On the occasion of the 70th anniversary of the opening of a liaison between Paris and Bombay, the boss of the franco-Dutch group has made two birds with one stone. He took advantage of this celebration to announce on Wednesday 29 November, at Bombay, in western India, a partnership with Jet Airways the first indian carrier. An association modeled on the common society that links Air France-KLM and american Delta Air Lines on the North Atlantic.

It is at the end of the “discussions very tight” with Jet Airways, according to relatives of the folder, beginning in 2016, Air France-KLM and the indian company eventually agreed. This approximation had already been preceded by code shares, which allowed the newlyweds to sell the flights of the two airlines to open passengers more destinations and frequencies of flights are more numerous.