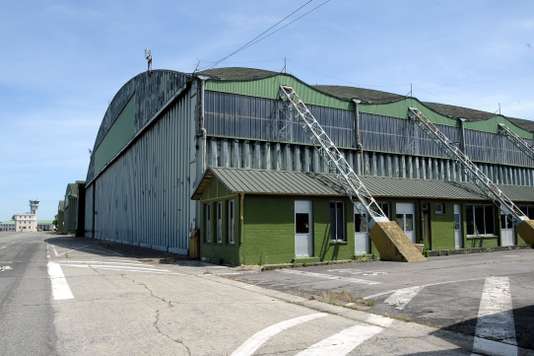 “We are in a phase of initial climb, and it is normal that we knew some turbulence. “To evoke the slow conversion of the air force base of Francazal, this site of 300 hectares straddling three towns in the outskirts of toulouse, it is customary to spin the metaphor of aeronautics. The president of the operating Company of Toulouse Francazal Airport (Setfa), Jérôme Arnaud did not hesitate.

For four years now, in 2014, the engineering firm and management of infrastructure, Edeis, of which he is deputy director general, took control of this program of conversion in becoming the majority shareholder of the Setfa (51 %), alongside the Airport of Toulouse-Blagnac (36 %) and of the chamber of commerce and industry (CCI) of Toulouse (10 %). It is to revive the redevelopment of the site aviation, which is experiencing serious difficulties. The idea is to welcome in the old hangars greyish tenors of the transport of tomorrow land or in the air.

A new episode in the eventful life of the former air base 101, the ” BA “, as it is called locally. After having been there for over seventy years used by the army air force, the base was dissolved in 2008 in the framework of the reform of the military map, the BA 101 became the air Detachment 101. “This was the beginning of a recovery complicated for the city, the State and the neighbouring communes “, recalls Philippe Guerin, former mayor of the radical left of Cugnaux. Opened in 2011 to public air traffic, the airfield, and a large part of the site remain in the bosom of the State ; that launches an offer of public service delegation (DSP) won by a canadian company, SNC-Lavalin. The concession of 45 years and 170 hectares, requires more than 10 million euros of investment per year. The group, entangled in corruption cases international sells its share in January 2017 to Edeis.