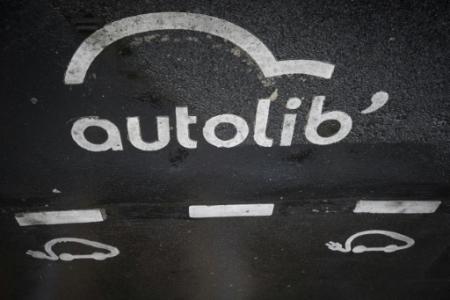 The City of Paris voted Tuesday the creation of a ‘card-sharing’ to 300 euros per year, which will allow for the parking of electric cars in car sharing, thus preparing the after-Autolib’ (Photo JOEL SAGET. AFP)

The City of Paris voted Tuesday to create a “card-sharing” to 300 euros per year, which will allow for the parking of electric cars in car sharing, thus preparing the after-Autolib’.

This flat-rate pricing, at the expense of the operator, will allow “to avoid the daily payment of the user” of the parking lot every time it drops an electric car with this new system, yet to come, without a terminal attached.

With this map, the City of Paris “wishes to support the development of this mode of travel alternative,” adds the deliberation of the council of Paris.

For immediate evidence, the mayor of Paris and the carmaker Renault (PA:RENA) have announced on the same day a press conference Wednesday to “announce the emergence of new services of electric vehicles for the Parisians, ile-de-france and the visitors”.

In introducing a debate on new forms of mobility, the mayor (PS) Anne Hidalgo had mentioned an area “full mutation” in which Paris wanted to be “pioneer”, with the fight against the pollution of the air still in the line of sight.

“Our responsibility is to look it in the face of these changes, to adapt, to anticipate, to enable their deployment to the harmonious and fair,” she added, saying that the system of delegation of public service model of operation of the device of cars, Autolib’, to the terminal, was no longer relevant in the face of “a world of mobility agile” via smartphones.

This long debate has been the opportunity for the opposition to working out again the mayor of Paris and his executive on “the industrial disaster of Vélib’ and stopping without warning to Autolib’”, according to the elected paris (Republicans and independents) and mp Act, Pierre-Yves Bournazel.

As for the upcoming systems of car-sharing, they leave “public space become a playground for the that some will gorge themselves on the backs of other,” insurgent Danielle Simonnet France Insubordinate.