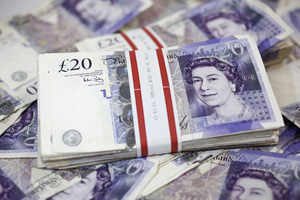 Are you looking for an event with the potential to create a stir on the british pound in particular, and the forex market in general ? Well aware that the United Kingdom will publish this week 3 reports that will no doubt lead to some volatility on the forex. Let us look at this in more detail.

Inflation report
On Tuesday, analysts expect to see a slight decline in the CPI for the month of may. The annual rate should, however, remained unchanged at 2.7%. The Index of producer Prices will also be published at the same time. It could show a decrease of the price pressure on inflation.
This being said, the weakening of inflation is not necessarily a bad thing for the economy of the United Kingdom. In the course of the last me, the policy makers have, indeed, been concerned by the fact that households were beginning to feel the effects of higher prices of raw materials, then inferior outcomes may benefit the sector of consumption.
Results a higher level than expected could revive discussions on the tightening of the BoE. Some members have, in effect, already pointed to the fact that it is necessary to raise interest rates to keep inflation under control.


Data on employment
That consumers can follow or not the gains of price levels depends greatly on the employment situation. In April, the Uk had lost 19 400 jobs. In the month of may, he could lose 20 to 300. The unemployment rate should, however, remain unchanged at 4.6%.
Another important factor to take into account that if you trade this event, the growth of wages. This impacts directly on consumer spending. Note that a reading higher than expected would reflect a pressure that is persistent on wages, which would be positive for the inflation. By the numbers, one expects an increase of 2.4% over the three-month period ending in April, a decrease compared to the annual figures.

Retail sales
The report on retail sales should provide a clearer picture of consumer behavior. It could, however, have a moderate impact on the price action of the pound sterling because it happens a few hours before the ruling of the BOE.
Analysts expect to see a decrease of 0.8% in retail sales overall for the month of may, erasing, thus, a part of the jump of 2.3% observed in April. The revenue base could also print a decline of 0.8% after posting a gain of 2.0% in the previous month.

If the volatility is not your cup of tea then perhaps it is best to avoid dealing currency pairs including the pound. You just observe the various developments that lead to these reports, you will take part in the festivities next time !