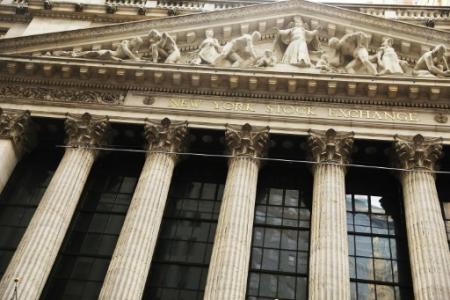 The New York stock Exchange, plagued with a few doubts on the tax reform and its potential effects, has finished in the red Tuesday after a meeting very indecisive: the Dow Jones has ceded 0.45% and the Nasdaq 0.19 per cent.

The indices have fluctuated between gains and losses throughout the day.

“The market is in a mode to wait and see,” said Maris Ogg, of Tower Bridge Advisors.

“Each time it seems to take a new step towards the adoption of a tax reform, the indices fly”, like the surge of the Dow Jones to a new record Monday, she noted.

“And when nothing happens, or bad news arrives, the indices tend to oscillate without direction,” she added.

In this case, “we expect to see a document come out of the process of conciliation between the texts adopted by the Senate and House of representatives) before being able to tell +it is good+”, said Mrs Ogg.

The legislative work done by mps on tax reform has also been “extremely precipitate,” noted Karl Haeling of LBBW. “There is a real risk that once the market will shift away from the planned decrease in the corporate tax rate to focus on the details of the text, it will trigger the motion correction is long overdue,” said the specialist.

“Speculation and questions about how tax reform will affect companies in the technology sector, in particular the ones that make the most of their business abroad,” stated Alan Skrainka of Cornerstone Wealth Management.