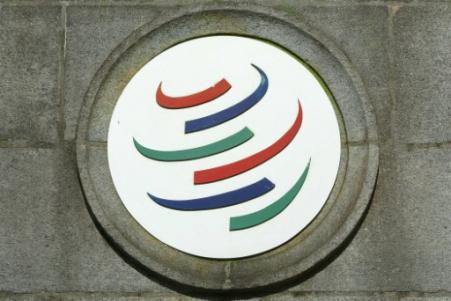 The WTO meets in Buenos Aires from 10 to 13 December. This is the first ministerial meeting bisanuelle since the election of Donald Trump, who attack relentlessly since his arrival at the White House (Photo by THOMAS COEX. AFP)

Criticized by the United States, undermined by disagreements around China, powerless to revive negotiations scope: a world trade Organization (WTO) more fragile than ever meets from Sunday in Argentina.

It is to Buenos Aires, from 10 to 13 December, the organization holds its ministerial meeting every two years, the eleventh of its kind and the first since the election of Donald Trump, who attack relentlessly since its arrival to power.

Under the influence of a president who advocates for “America first”, the administration Trump has made the WTO, a multilateral institution par excellence with its 164 member countries, a prime target.

Washington does not exclude the possibility of renegotiating the trade agreements concluded under its auspices, and is criticized to block appointments to the agency for the settlement of disputes unique to the WTO. An attitude of “very worrying,” said one senior French civil servant interviewed by the AFP.

This organization, one of the purposes of the WTO, which arbitrates in many disputes between governments on subsidies or tariffs. It plays such an important role in the trade war between the american company Boeing (NYSE:BA) and its european competitor Airbus (PA:AIR).

Washington believes that this justice of the peace of the international trade is not effective, and has repeatedly promised a “more aggressive” to defend its interests. This very sensitive subject of dispute settlement, however, is not officially on the agenda of the meeting.

In a briefing at the end of November, the director-general of the WTO Roberto Azevedo has left to drill a certain fatalism about this appointment argentina: “there are several topics on the table. There is today a convergence on any of them. We may agree on some topics, or not. I don’t know.”

However, he wanted to believe that “Buenos Aires is not to be a further step in the direction of trade liberalization.”

“There is not much to expect from this summit,” said, more expeditious, Philippe Chalmin, professor at Paris Dauphine university.

The loss of speed of the WTO are translated in various ways. First, it is unable for more than fifteen years to begin the great cycle of negotiations, said “Doha”. Then, it is taxed impotence to resolve disagreements between some members and China, the entry into its ranks in 2001.

Beijing demands to be seen by the WTO as a “market economy”, but the Europeans and the United States, for once on the same wavelength, oppose the official recognition of this status, which would reduce their ability to take action against the dumping of chinese.

Americans and Europeans complain that, in effect, to Beijing to support excessively its industry, which allows them to sell for example their steel or aluminum at very low prices.

The european Union has also just build a new arsenal of sanctions-tariff custom-designed against China.

Some participants hoped, however, that multilateralism will mark a point in Buenos Aires, with an advance of at least symbolic of the trade negotiations between the Mercosur countries (Argentina, Brazil, Uruguay and Paraguay) and the european Union.

And, even if the european Trade commissioner, Cecilia Malmström, has hinted on Tuesday that the negotiations that both parties hoped to conclude this year, would extend into 2018. The two parties peineraient in particular to agree on the trade of beef and ethanol.

An eu diplomat, interviewed in Buenos Aires, wants, however, believe that the protectionist speech of american will, in turn, “effect of dopant on the negotiations of trade agreements” around the United States.

Furthermore, the meeting of the WTO could nevertheless deliver a concrete result.

In an interview published on Friday by the swiss daily, The Time, the diplomat from argentina Susana Malcorra, who will chair the discussions in Buenos Aires, believes that the conditions are met for “the first decision on illegal fishing”, a topic of major concern for some emerging and developing countries.