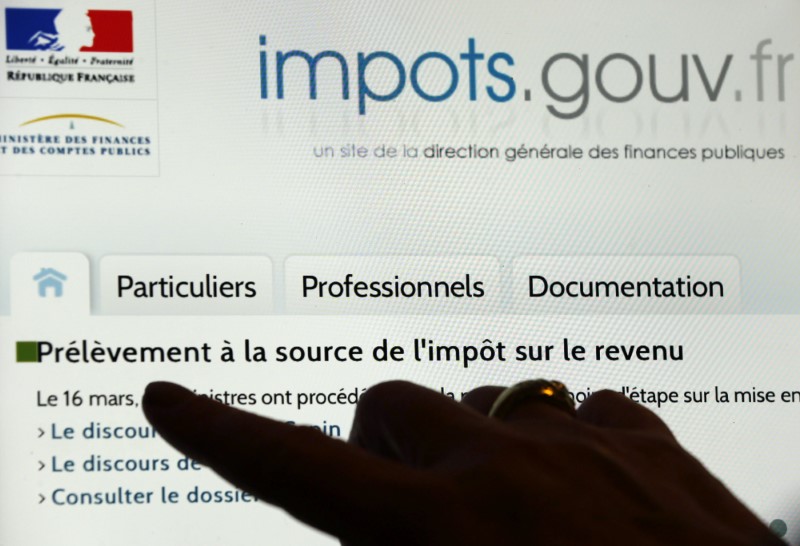 © Reuters. The TAX AT THE SOURCE, SHIFTED TO THE PARTICULAR EMPLOYERS

PARIS (Reuters) – The levy at source will be shifted to 2020 to approximately 250,000 people employed by private individuals, announces the minister of public Accounts, Gérald Darmanin, in an interview with The Cross published on Thursday.

This one-year deferral can be explained by logistical issues, ” he said.

“It will give us time to finalize the system all-in-one that will, from January 2020, all private employers to declare easily their employee, and pay at the same time as well the social contributions that the tax at source,” says the minister.

Because, he adds, “we have found that the platforms ‘all-in-one’, which will constitute a major simplification for all, and which will provide for easy removal at the source, will be launched during the next year.”

Accordingly, the persons concerned will pay nothing next year – unless they wish to opt for the payment of instalment-free during the course of the year” – and will be charged in 2020 of taxes on the income of the current year and, from September to November, 2019.

This decision will have an effect for about 250,000 persons subject to the income tax on the million workers employed by individuals, according to Gérald Darmanin.

On the other hand, the general rule is not changed : from the 1st January next, the income tax will be paid with a lag of one year but will be charged directly at the time of payment of the amount calculated.

The collection will be ensured by enterprises for employees, by pension funds for retired workers and by the employers for public officials.

After having been postponed for one year the entry into force of this tax reform – one of the last major projects of the quinquennium of Francois Hollande – the government of Edouard Philippe does not go back, in spite of the reservations expressed by the employers.