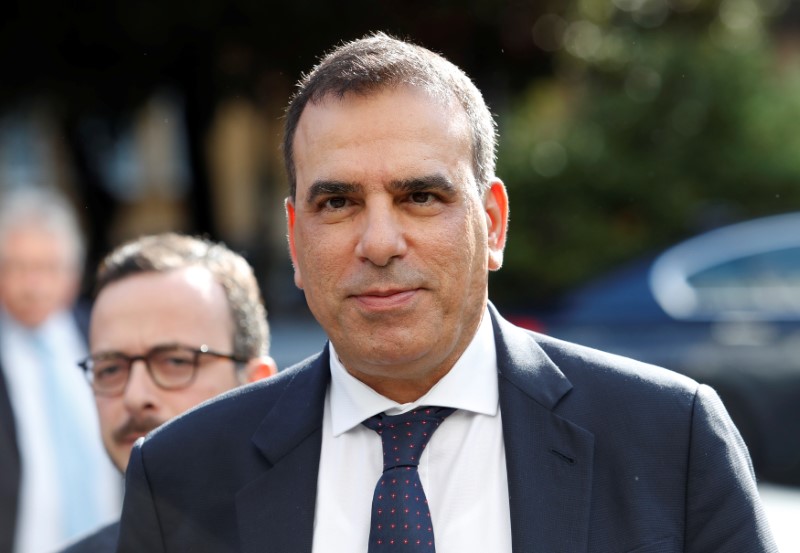 © Reuters. THE BOSS OF T. ITALIA THREATENS TO LEAVE IF ELLIOTT PREVAILS

MILAN/PARIS (Reuters) – The managing director of Telecom Italia (MI:TLIT) Amos Genish warns in an interview that his position at the head of the first Italian operator would become “untenable” if the fund activist Elliott managed to win a majority of seats of directors at the annual general meeting scheduled for Friday.

The fund has taken control of 9% of the capital of the former monopoly to attempt to put into question its management by Vivendi (PA:VIV), the largest shareholder with 24% of the capital.

The two investors have scrapped over the past eight weeks, with Elliott accusing Vivendi of driving of the operator according to its own interests, while the media group, and leading its targeted financial short-termist.

“The question for me is not knowing what side I am”, explains in an interview with the Sunday Telegraph, Amos Genish, who was sent by Vivendi last year for control of the telecoms operator.

“I am the managing director of Telecom Italia and I am on the side of Telecom Italia. The question is whether or not I have shareholders and a board of directors that support the business plan”.

Elliott Management was not reached immediately for a comment.

The shareholders of Telecom Italia are summoned to appear next Friday to renew the board in its entirety after the resignation of a majority of directors last month.

They will be called upon to choose between the list of Elliott consisting of ten figures are independent of the Italian economy and the list of Vivendi, which does not answer all the questions about the governance, but includes Amos Genish.

The general assembly could turn to the puzzle to some investors eager to loosen the control of Vivendi, but keen to keep Amos Genish, including the strategic plan for Telecom Italia was well-received.

In a separate vote last Tuesday, nearly 98% of the shareholders present at an ordinary general assembly gave their support to the new leader who, despite being an ally of Vivendi, is recognized for its experience in the sector.

“I don’t see how a ceo could implement a plan in which he does not believe”, underlines Amos Genish in the interview.

Elliott has said several times support the leader and wish that he rest after the renewal of the board, although many of its proposals diverge from the strategic plan designed by the executive director.

Telecom Italia, meanwhile, has defended his strategy, arguing that the proposals advanced by Elliott were not practical, premature, and included the execution risk and financial.

If the list submitted by Elliott obtained the majority, Vivendi could still appoint five representatives to the council including Amos Genish. However, the leader of israeli origin may choose not to stay.

“If the list of Vivendi does not obtain the majority of votes, because it is clearly the only list that supports our industrial plan for the long term, I firmly believe that my position as ceo would be untenable,” explained the officer in the interview.