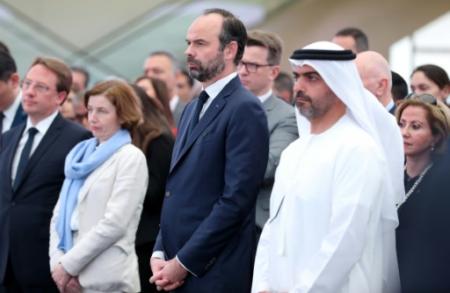 The French Prime minister Edouard Philippe was invited Saturday to the united arab Emirates to invest more in France, on the first day of his visit in the rich countries of the Gulf.

On a visit to Abu Dhabi before going to Dubai later in the day, the head of the French government, has met successively the leaders of the two major sovereign wealth funds uae and the crown prince of the emirate and strong man of the country, sheikh Mohammed bin Zayed Al Nahyane.

“We have tried to answer their questions, show them what we are doing, tell them why we thought it was happening some interesting things in France and that they could take their part”, said Mr. Philippe to the press at the end of these meetings.

The recent visit of Emmanuel Macron to the Emirates in November had given rise to the announcement of an investment of one billion euros of funds uae, arrow to the innovative businesses in France. Paris hopes to increase this type of operations.

“It is up to the Emirati to say if they have new investment plans, but what is true, what I felt, it is their continued interest in what we were doing and the opportunities in France”, said Mr. Philippe about this.

The Prime minister must call on investors to “choose France” on Sunday during a speech in front of an important economic summit in Dubai, praising the reforms initiated by the executive Macron.

According to Mr. Philip, the Emirati have expressed “the desire to give the panel the more broad and intense as possible to the projects of cooperation” including in new areas such as “artificial intelligence or medical research”.

“I think it is a good sign. This means that France is interested, that France is regarded as a place where one can invest in both, surely, and with profit. I think it is rather good news for our country that is why I am come to explain and say here”, he rejoiced.

Earlier in the morning, the French Prime minister had visited the new museum of the Louvre Abu Dhabi, welcoming a project of cultural cooperation “incredible” and “unique” in the world”.