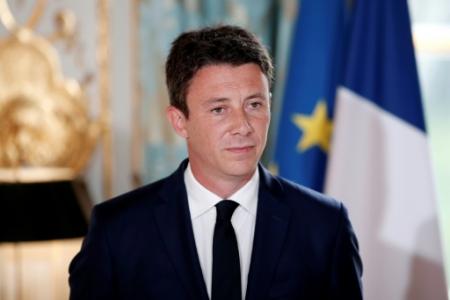 “All subjects can be discussed” between the public servants ‘ unions and a government that is “not elected to remain with arms crossed”, said Sunday the spokesman Benjamin Griveaux, Christophe Castaner pleading to “put everything on the table”, life-time employment including.

“It will take until early 2019 for a discussion with the social partners and the set of subjects may be discussed, but it is important to allow our officials a better professional mobility” and “a better public service,” said Mr. Griveaux in “Sunday politics” on France 3.

In the Face of critical trade union following the announcement of options for reform, including a plan of voluntary departures and the use of more contract workers, spokesman argued that”it has not been elected to sit idly by, ( … ), not afraid that, in order to transform the country, it is necessary to shake up the habits. This will be done by discussing, in the same way that the country has been transformed in the last six months” as with the orders.

“Trade unions defend legitimately the interests of those they represent, and we, the general interest and for which it has been elected”, he also said.

The government has set out a “framework for discussion” with the unions of civil servants, but “nothing is decided”, said for his part the head of The Republic on the Grand Jury LCI-Le Figaro-RTL.

The tracks of reform for the public service, which is added to the objective presidential 120,000 departures not replaced by 2022 has provoked strong reactions from the left and the trade unions.

Christophe Castaner, when asked about the question of the status and life-time employment currently enjoyed by the officials, “we need to put everything on the table in the discussion”.

About 120.000 job cuts, “there is neither ceiling, nor floor. The goal is to provide good service and to spend less public money”.