Nikola Corporation (NKLA) shares rose over 7% during Wednesday session after Cowen & Co. initiated coverage of the stock with an Outperform rating and a $79.00 price target. Analyst Jeffrey Osborne considers that the stock is an attractive opportunity which operates a platform truck, two powertrain options, and three industry sectors with the optionality in other areas.

In addition, It is estimated that the ecosystem of partners reduces the risk of the rise of the production of the next year. In the long term, the analyst believes that Nikola could evolve into a broad-based energy technology company hydrogen fueling infrastructure is built. The company expects to begin deliveries of its electric commercial trucks the next year while it looks for partners to produce his Badger pick-up truck with a 600 mile electric range.

Earlier this week, San Francisco-based ValueAct disclosed a 5.6% stake in Nikola. The activist hedge fund has a history of buying out of favor companies that are undergoing a major transition and working with the management to increase the long-term value of the stock market. 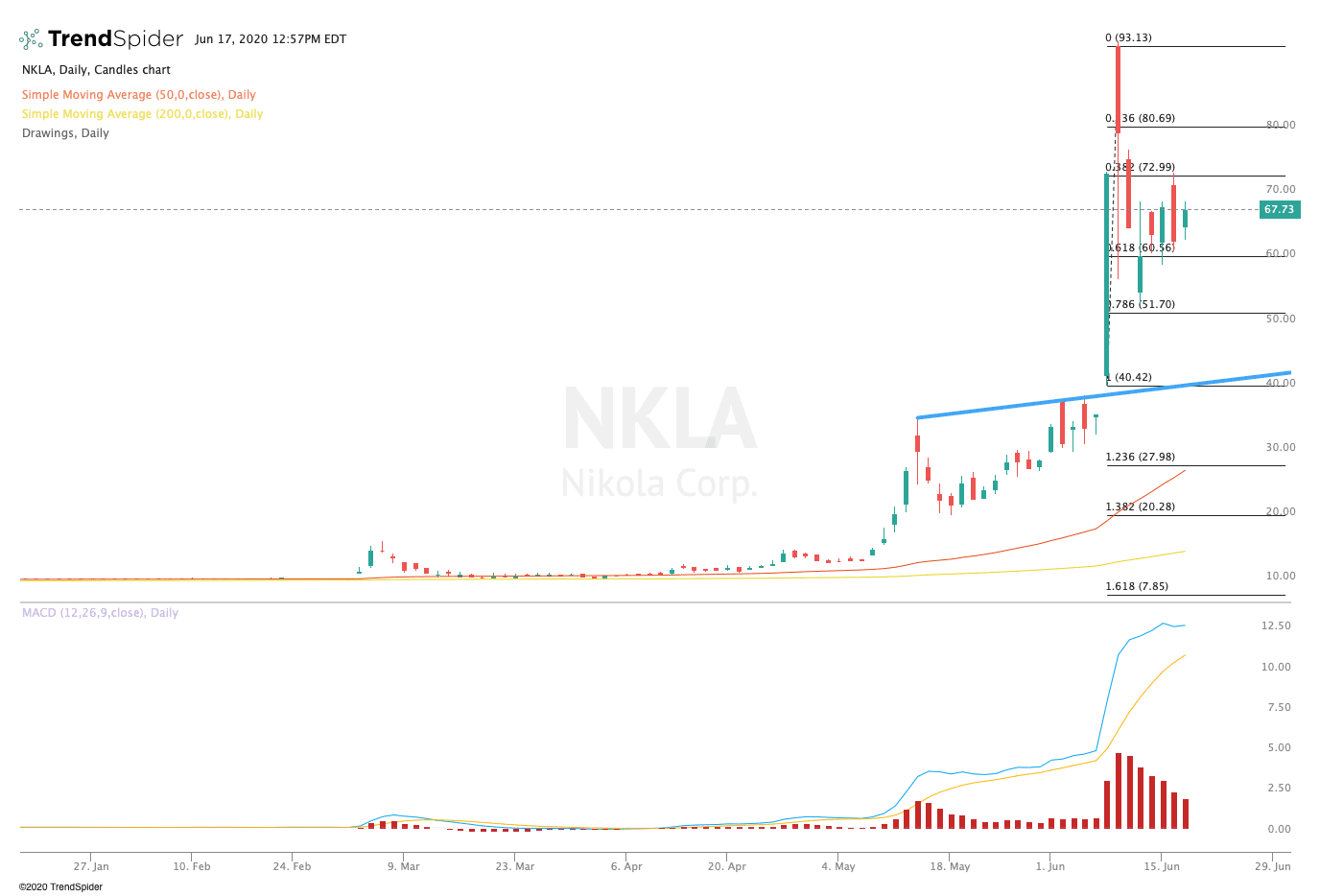 From a technical point of view, Nikola stock has been in consolidation mode following a sharp increase from May. The relative strength index (RSI) remains close to the levels of overbought with a reading of 68.23, but the moving average convergence divergence (MACD) in histogram MACD is still in bullish territory. These indicators suggest that the stock could continue to consolidate before making another move higher.

Traders should watch for consolidation between $60.50 and $73.00 per share in the coming weeks. If the stock breaks out higher, traders could see a movement to retest the highs at $94.00. If the stock beaks down, traders could see a move towards support near $45.00. The uptrend deep sense suggests that the stock could maintain its gains over the last two months and potentially move higher over the long term.