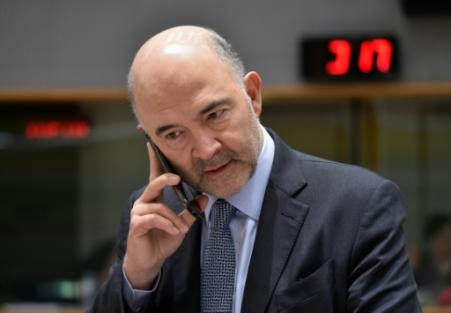 The european commissioner for economic and financial Affairs, Pierre Moscovici, on the 23rd of January 2018 in Brussels (Photo JOHN THYS. AFP)

The european Commission will present “end of march” reform of the taxation of enterprises, in particular those of the net, “for they pay taxes where they create value”, said the commissioner for economic and financial Affairs, Pierre Moscovici, in Paris on Sunday.

“At the end of march, I will be presenting on behalf of the european Commission reform, ambitious, and overall, the taxation of the net for the giants of the net, which perform more than 750 million turnover, (…) to be able to pay taxes where they create value”, said the commissioner on radio J on Sunday.

“I will make proposals to create a consensus and an electro-shock,” the commissioner said. “I’m in consultation with the other EU countries, including France, which has launched the priority policy” on the subject, he said.

Mr Moscovici has reminded that the corporate tax as it exists currently in the countries of the EU was created in the 30s “of the past century” and “cannot understand the activity of Gafa (Google (NASDAQ:GOOGLE), Amazon (NASDAQ:AMZN), Facebook (NASDAQ:FB), Apple (NASDAQ:AAPL), NDR)” who did “not necessarily permanent”, of which “we do not know very well where are the personal” and that “we can not measure the activity.”

“The spirit, it is to identify the business activity is digital, it is necessary that one finds a range of indicators, the number of clicks, the number of IP addresses, the advertising that it pays, the sales eventually… and then we will find mechanisms for taxing”, he said.

According to him, the proposal will “not only the Gafa” but also companies that are more oriented towards services and tourism, in particular, “AirBnB and Booking.com”.

“When you rent a room on Booking, this is substantial revenue for this company which we don’t know where it is located, and who pays very little tax,” he added, recalling that, on average, larger companies of the net “to pay 9% tax on corporations” in the european Union “when the rest of the companies pay 23%, including and especially smes”.