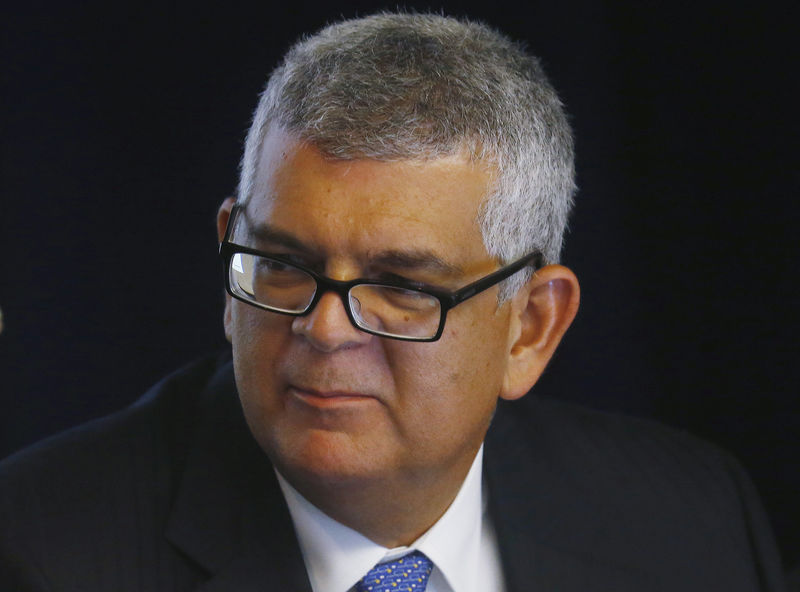 © Reuters. MONTEIRO REPLACES THE PARENT TO THE HEAD OF PETROBRAS

by Alexandra Alper and Lisandra Paraguassu

RIO DE JANEIRO/BRASILIA (Reuters) – The chief executive of Petrobras (SA:PETR4), Pedro Parente, has resigned on Friday following an intervention by the brazilian government in the tariff policy of the oil group to try to put an end to a strike of truck drivers.

The brazilian president has recommended in the wake that it should be replaced by the chief financial officer of Petrobras Ivan Monteiro.

Pedro Parente, who was taken two years ago at the helm of the public company splashed by a case of corruption, has managed to reduce its debt and make it profitable.

In his letter of resignation addressed to the brazilian president Michel Temer, Pedro Parente said that it was clear that after the crisis of last week, further negotiations on the prices of the fuels were needed.

“Given the situation, it became clear that my holding position to the general management of Petrobras has ceased to be a positive element, and that it would not help find alternative solutions that the government should consider going forward,” he wrote.

His resignation has surprised the authorities. A source close to the presidency had said on Thursday to Reuters that no such decision had been expected.

The title Petrobras dropped about 15% on the Sao Paulo stock Exchange at the close.

The group’s market capitalization has melted about 45 billion reais (10 billion euros), according to calculations by Reuters.

Brazil’s currency has lost up to 1% against the dollar.

In a press release, the brazilian oil company said that its board of directors shall appoint an interim director-general Friday, and the other members of its management will remain in position.

A source within the group said that the board of directors will meet at 19: 00 GMT.

Ivan Monteiro, chief financial officer of the company, and Solange da Silva Guedes, the head of exploration and production, and for the last 33 years in the company, are part of the possible candidates for the succession of Parent.

Pedro Parente has called on the president Temer to comply with the corporate governance rules of the company for the choice of his successor, which would prohibit any political appointment to this position.

Before accepting the position, in 2016, the Parent had asked to be able to control the pricing policy of the company. He was looking to move closer to the prices on the international markets by adjusting on an almost daily basis the price.

But the president Temer announced on Sunday the freezing of fuel prices on a monthly basis, as well as other measures aimed at reducing the price of diesel, in an attempt to meet the drivers and strikers.

“The political establishment (by Parent) has been the scapegoat of this crisis,” said Roberto Castello Branco, a former member of the board of directors of Petrobras.

“There was a lot of pressure on him,” he added

The intervention of the government in matters of tariff policy could have been considered by Pedro Parente as political interference to which he had always opposed, and that despite the promise of the president Temer that the government dédommagerait the group and Petrobras in the event of a financial loss because of these measures.

If investors and insiders of the oil industry have lamented the departure of the Parent, others, such as the lobby of truck drivers, in particular, welcomed the news.

(Catherine Mallebay-Vacqueur and John Terzian for the French service)