MercadoLibre, Inc. (MELI) shares fell 4%, even though the company reported better-than-expected financial results for the second quarter. After moving higher during the pre-market hours, the stock fell down to form a bearish engulfing as the day passed. The movement suggests that the stock could see a correction after more than doubling this year.

The company reported a 42.5% increase in unique active users, by saying that the pandemic has generated significant changes in the behaviour of consumers, which has led to a new stage in the penetration of e-commerce and online payments across Latin America.

At the end of July, Credit Suisse has updated MercadoLibre stock to Outperform and raised its price target from $770 to $1,225 ahead of the financial results for the second quarter. Analyst Stephen Ju assumed that substantially all of the company’s operating regions have been seeing triple-digit year-on-year gross merchandise value growth rates because of the COVID-19 pandemic. 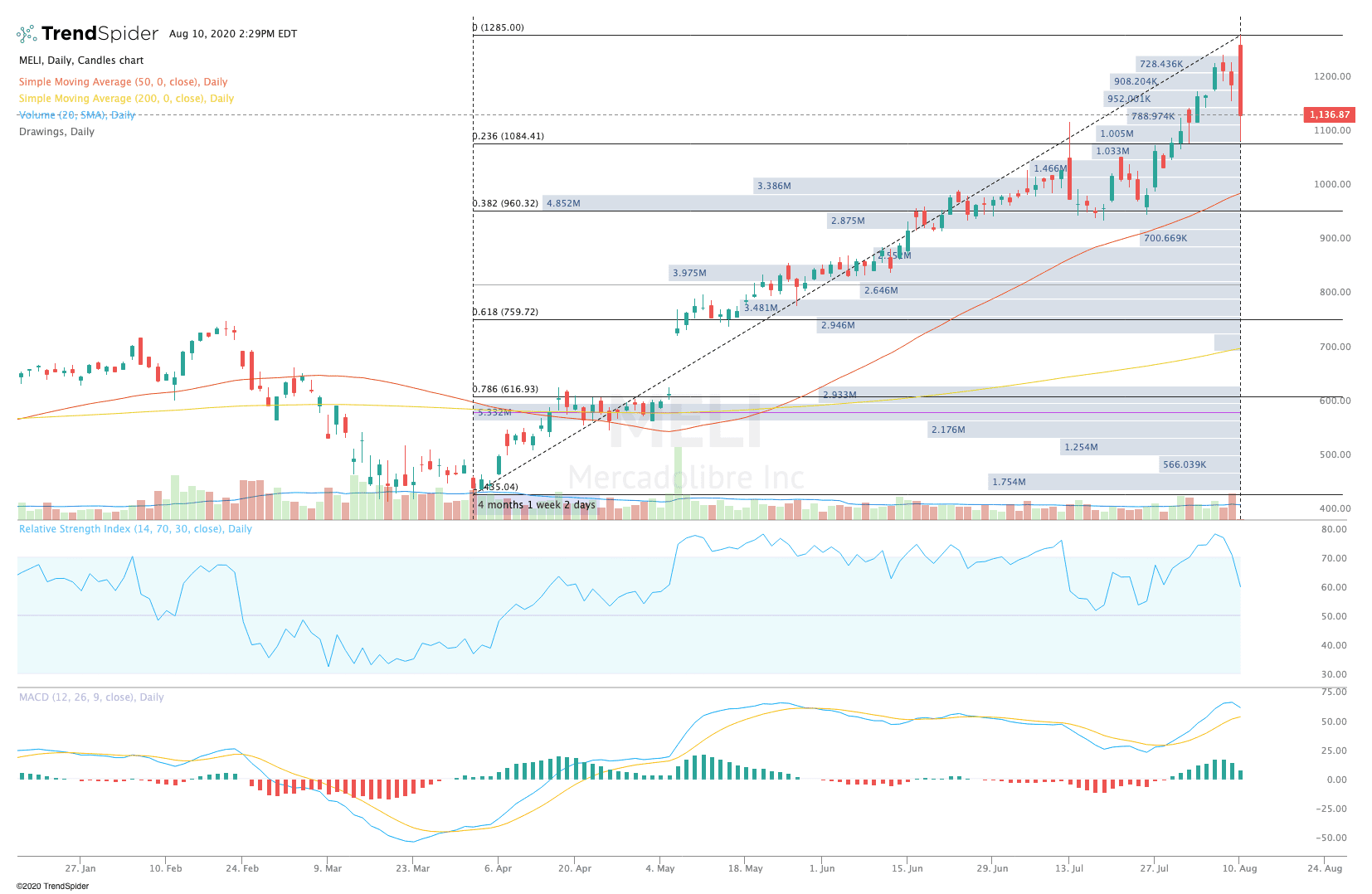 From a technical point of view, the stock has experienced a bearish engulfing following its move lower during the Monday session. The relative strength index (RSI) moderate to 60.78, and the moving average convergence divergence (MACD) has lost its bullish momentum. These indicators suggest that the stock could continue to see a pullback before moving higher.

The stock pulled back to the 23.6% Fibonacci retracement of the Monday of the session before recovering some ground. Traders should watch for these levels to hold in the coming sessions, and if not, a possible move to the 38.2% Fibonacci level, where there has been a significant traded volumes. If the stock moves higher, it could retest prior highs.