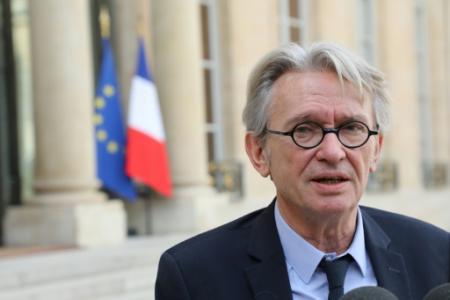 The number one Force ouvrière, Jean-Claude Mailly, 12 October 2017 in front of the Elysée in Paris (Photo: ludovic MARIN. AFP)

Jean-Claude Mailly is considering making the “council”, in particular on the implementation of association abroad and the integration of young people, once he has left the head of Force ouvrière in April, he said in an interview with the Figaro, dated Thursday.

“I’m going to stay in Paris. I will not go to Geneva, international labour Office, as I read it, or not ask of the government mission,” says the secretary-general, who heads the FO since 2004 and must go hand-in April, during a congress.

“Rather, I will refer them to the council, including on international issues. Two subjects interest me: the implantation of association abroad and the integration of young people”, he adds.

He dismisses any “desire” to make the policy and declares that it has not renewed its membership in the PS this year.

“I have been for thirty years the PS in the section of the Fourteenth arrondissement of Paris, but they all passed with Hamon and I have not renewed my membership,” he said. “I have developed, over the years, friendships at PS, with The Republicans or with patrons. I have entered, for example, relations of trust and respect with people as diverse as Laurence Parisot, Xavier Bertrand, Martine Aubry, Christian Estrosi and Jean-Marc Ayrault”, adds Mr. Mailly.

About Pascal Pavageau, the only candidate who has been nominated to succeed him, Mr. Mailly believes “that he has all the qualities to be a good secretary-general and will, if he is appointed in April, the same line”, to him.

Taking stock of his 14 years at the head of FO Mr. Mailly highlights the fact that it has “maintained the unity of the organization, permits its movement and consolidated its presence in the landscape”. But he would have “loved that development is faster” and “further reduce” the “delay of implementation in the companies with the CGT and the CFDT”.

He reiterated to have “underestimated” the reaction of his troops, after his position deemed timorous in the house on orders to reform the labour code, but “I regret nothing”, he says.