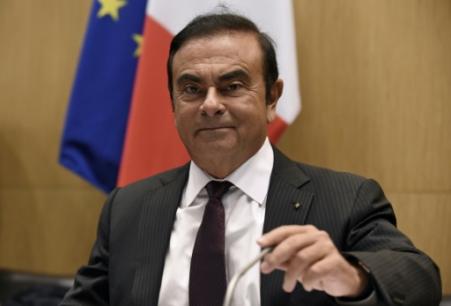 The boss of Renault, Carlos Ghosn during his hearing before the economic and financial Commission of the national Assembly in Paris on 17 January 2018 (Photo ERIC PIERMONT. AFP)

“You need to put in place a succession solid at the head of Renault (PA:RENA),” said Thursday at the AFP group CEO, Carlos Ghosn, who also intends to dedicate his next term to ensure the sustainability of the alliance with Nissan (T:7201) and Mitsubishi.

Question: How has been guided the choice of Thierry Bolloré as number two in the Renault group?

Carlos Ghosn: The selection of Mr Bolloré has been the subject of a selection by the appointments committee, with a process that is very open. We have reviewed a lot of applications both internal and external. The choice of Mr. Bolloré has emerged as being the most relevant through its own qualities. This is someone I’ve known for a long time, which has contributed heavily to the success of the plan, “Renault Drive The Change” over the past few years in an important position, since he was in charge of the competitiveness of Renault. He knows the industry, he is familiar with Renault, he has shown that he was able to work well with the Japanese. And, of course, one of the most important criteria, that is, its ability to contribute to the performance of the company.

As deputy director-general group, he will be in charge of all operations, with operational responsibility that is much broader than the one he has had in the past, since it covers, in particular, the finance, the personnel. I wanted to really make a delegation very strong on the operational plan.

Today, he is in pole position for succession to the position of president and CEO of Renault. But this will be on the board of directors to decide.

Q: Why have you chosen to complete a new mandate ?

C. G.: I had asked this question some time ago. I said that I was leaving or not for a new mandate according to the roadmap. We came to an agreement on a road map. If we had not agreed, I think it would have stopped here. On a balance sheet, of which I am very proud of it. Manufacturer, number one in the world, and Renault, which ends with year 2017 record… It is necessary to continue the good performance of Renault, but also ensure the sustainability of the alliance. I spent 20 years to build this alliance. I have enlarged. I did not want not to ensure its sustainability, not only operational, but also organizational.

It is necessary to put in place a succession strong, first to the head of Renault, it is the most important element. And then there’s the alliance that is in watermark behind.

It is true that the next term is a term that goes beyond ensuring that companies are performing. When you reach the position of number one, the most important thing is to maintain and continue to develop. It is necessary to continue to supply the alliance with new initiatives which will enable him to assume its leadership.

Q: How will evolve the alliance in concrete terms in order to be sustainable ?

C. G.: It is too early to say. We all agree, as well the main shareholder of Renault, which was the State, that Renault at the level of the top management, the board of directors of Renault, that the board of Nissan, as the top management of Nissan, as the board of Mitsubishi etc… We all agree that the alliance is a good thing that benefits every one of the companies that comprise it, therefore it is necessary to ensure its sustainability.

Now the question is, what does that say about the organizational plan, the plan legal.

It is necessary to continue the convergence between the three companies while leaving them autonomous enough each on its markets, and each in his country, in his culture.

The risk (of disunity, editor’s note) is a risk that we ran since the first day and finally it has not prevented us to build a stronger alliance, more broadly, on the 19 years that it lasted.

Everything is on the table. There is no taboo, not forbidden (with regard to possible changes in the levels of cross-shareholdings between partners, ed).

It is obvious that the discussion on the sustainability of the alliance will include the French State, which is still a significant shareholder of Renault. The fundamental interests of each other will of course be taken into account. The interests of the French State, which were expressed very clearly, it is the anchor of Renault in France, the maintenance of a strong component of technology in France. These are things which seem to us quite natural and that will need to be taken into account in the sustainability of the alliance.