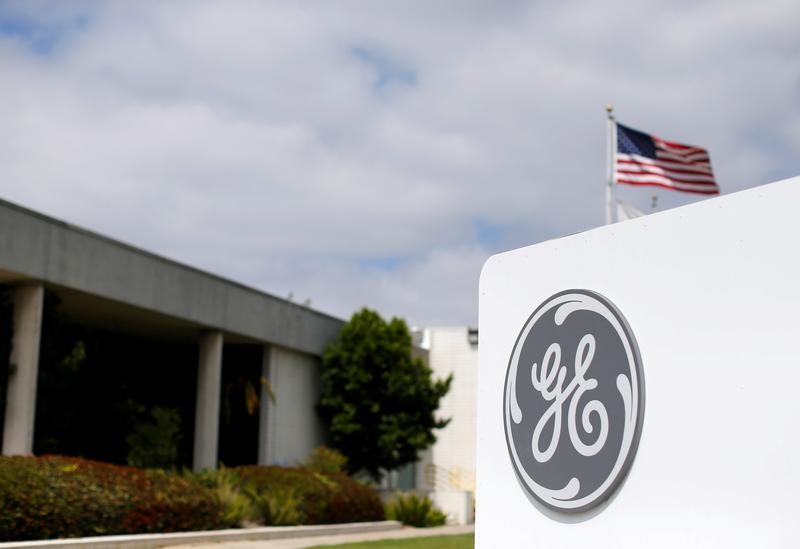 © Reuters. GENERAL ELECTRIC: THE RUMORS OF A BREAK-UP STARTED AGAIN

NEW YORK (Reuters) – conglomerate General Electric (NYSE:GE) hinted on Tuesday that it was studying seriously the possibility of a break-up by announcing more than $ 11 billion of various loads.

The CEO of GE, John Flannery, had already mentioned the idea of selling parts of the group. He went a little further Tuesday, saying that GE was in the process of “actively look at”, a spin-off or other ways to maximize the value of its branches, electricity/energy (GE Power), aviation and health.

“I would put this in the category of education opportunities. This is the kind of things that could result in very, very many combinations, for example of the assets listed separately, if that makes sense,” said John Flannery who responded to the question from an analyst during a conference call.

The explanation seems to have sufficed for the analysts.

“It was very explicit,” said Deane Dray, an analyst at RBC Capital Markets. “If you’re looking for the timeline split, it is simmering always a priority.”

Jeff Sprague, analyst at Vertical Research Partners, says in a study that”a split in good and due form, GE may be the order of the day”, but that there will be consequences in terms of taxation, in particular.

For him, the comments of John Flannery are going more in the direction of a spin-off of the subsidiary of Baker Hughes in the parapétrolier or other initiatives such as the listing of all or part of GECAS, the financing subsidiary of aeronautics group.

GE has indicated that it would be a new item on the issue in the spring. A decision could then be taken. According to the tv channel CNBC, a dismemberment of the group is “likely”.

General Electric announced on Tuesday that it would be a charge of $ 6.2 billion (5.1 billion euros) in its financial statements for the fourth quarter of 2017 in connection with the portfolio of health coverage for its subsidiary, GE Capital.

GE ended down 2.9% at 18,21 dollars. This course, its market capitalization was 156 billion dollars.

(With Ankit Ajmera in Bangalore; Danielle Rouquié for the French service)