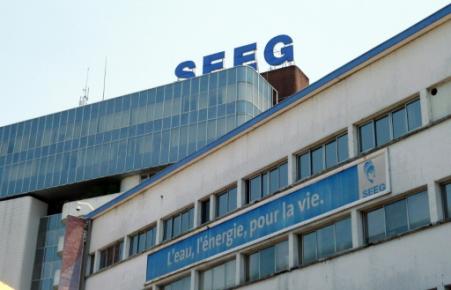 The headquarters in Libreville of the SEEG, a subsidiary of the French group Veolia, march 10, 2010 (Photo COUMBA SYLLA. AFP)

The government of gabon has accused on Tuesday the French company Veolia (PA:LIFE) of pollution on its soil, the last step in the mutual accusations of the two parties since the termination by the State on February 16, the contract of Veolia, which distributed water and electricity in Gabon.

“On almost all of the sites operated by the SEEG (Société d energy and water of Gabon, a subsidiary of Veolia’s 51% – owned by the French company), there are major environmental damage,” said Tuesday to the press, Alain-Claude Bilie-By-Nze, the minister of Communication.

“The oils and fuels are spilt on the floor, without protection, without any precaution, in flagrant violation of the code of the environment,” he said during a press conference, stressing that “investigations will be conducted”.

The gabonese government has terminated the concession of Veolia in Gabon on February 16, in “requisitioning” the location of the SEEG, putting a de facto end to the management of Veolia. The company had terminated at the time an “expropriation brutal”.

“It is surprising that all the control bodies of the public authorities (…) have never put in light of environmental damage, as they have commissioned audits throughout the concession,” responded a spokesman for Veolia with the AFP on Tuesday evening, noting that “the SEEG is subject to regular audits of the gabonese authorities, more than a dozen in the last ten years”.

Since the termination of the contract of Veolia, the company as the gabonese government increased the number of appearances in the media.

If Veolia ensures that the rules of the original contract in terms of investment in the state “have not been met”, the Gabon stated that almost 1,000 billion CFA francs (1.5 billion euros) have been invested by the State in the SEEG, according to Mr. Bilie Bye Nze Tuesday.

The SEEG is often criticized for the frequent power cuts and other shortages of water in Freetown and in the provinces. “We can produce water if it was not factory… And this, it was the responsibility of the State”, had indicated in mid-February to the AFP Helman le Pas de Sécheval, general secretary of the Veolia Group.

Similarly, the State denies “the manner in which the amounts (the debt of Gabon at Veolia regarding the consumption of the State) have been calculated,” according to Mr. Bilie-By-Nze, which indicates that an audit has been requested.

“The water produced and distributed by the SEEG is always drinking” and “meets all the health requirements of the World Health Organization, higher than the regulations in gabon,” said Tuesday night Véolia, after the minister of Communication is to be worried about at the press conference of the quality of the water in Gabon, in response to accusations of pollution.