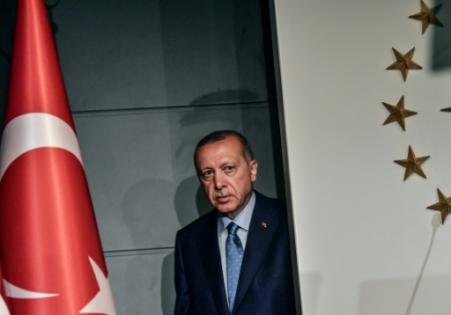 The rating agency Fitch announced on Friday that it downgraded the sovereign debt of Turkey, believing that “the risks to macroeconomic stability have intensified”.

The note changes from “BB+” to “BB”, pushing it even more in the category of speculative. It is accompanied with a negative outlook, which implies that it could still be lowered soon, says Fitch in a press release.

The agency notes, in particular, an increasingly difficult financial environment, an acceleration of inflation or the impact of the plunge in the exchange rate on the private sector, whose debt is highly linked to foreign currency.

Fitch points out “that the credibility of the economic policy deteriorated in recent months, and the first measures taken after the June elections have increased the uncertainty”.

Experts are concerned about the signs of shortness of breath that multiply: the Turkish lira continues to depreciate against the dollar (it has lost 30% of its value since the beginning of the year) and the inflation rate on a year crossed the threshold of 15% in June (15,39% exactly year on year), a record since 2003.

The markets were also concerned by the authoritarian drift.

Turkey is formally passed this week of a parliamentary system to a presidential regime which is of Recep Tayyip Erdogan, the sole holder of executive power. This transition has in particular removed the post of Prime minister.

The Turkish president is also granted by decree of the prerogative to appoint the head of the central bank, indicating its willingness to have the hand on the economic levers.

He also appointed his son-in-law Berat Albayrak as the new minister of Finance.