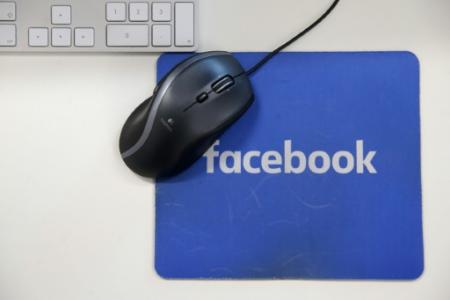 Facebook (NASDAQ:FB) has decided to appeal to its users to fight against the misinformation and identify “reliable” sources, yet another illustration of a combat in which he made his horse to battle after months of criticism.

“There’s a lot of sensationalism, misinformation and polarization in the world today,” said Friday, the boss of Facebook Mark Zuckerberg on his page, adding that “social networks allow people to spread information more quickly than ever before.”

“This is why it is important that the news feed (personalized home page for each user, NOTE) put forward information quality” and “I asked our teams to ensure that we give priority to reliable information, really informative and local,” says the billionaire.

But “the difficult question which we are trying to answer, it is +how to decide what are the information sources widely regarded as credible in this world so divided ?+”, he says, illustrating the dilemma shared by other technology companies, such as Twitter (NYSE:TWTR) or Google (NASDAQ:GOOGLE), who are both accused of not doing enough to combat the misinformation but also to practice a form of censorship when they decide to tackle the content in question.

“We will now ask the user if they know such-and-such a source of publishing information and, if this is the case, if they trust this source. The idea is that some media are not considered as reliable as by their readers or viewers, while others have a degree of confidence more widely in the society, even by those who do not follow them directly,” says Mr Zuckerberg, who had assured at the beginning of the month to make the fight against the questionable contents of his “personal challenge” to 2018, a new election year in the United States.

Based on the responses, the publications from sources believed to be reliable will be more visible on the news feed, all it takes is for Facebook to change its algorithms.

Facebook in particular continues for months multiply the number of ads to show that he is actively fighting against the misinformation, especially as the subject has taken a turn very political in the United States, Russia being accused by Washington of trying to influence the election campaign of 2016, won by Donald Trump using, among other things, social networks to disseminate “fake news”.

Approximately 45% of american adults will inform people via Facebook, according to the american think tank Pew Research Center.

“This announcement is going in a positive direction,” responded the Alliance of media information (News Media Alliance), which represents nearly 2,000 news organizations, adding, “do not know how the proposed system (…) will really work”.

This is the second major announcement of Facebook in a little over a week. Last Thursday, the network had announced its intention to give priority to publications that are shared by family and friends, to the detriment of the pages “liked” by users. Therefore, the content of institutional sources (media, brands,…) less visible.

A decision potentially costly for Facebook in the short term because it would reduce the time spent on the network and thus the advertising revenue engine of the band.

On Friday, Mark Zuckerberg said that the change announced last week would go from 5 to 4% the proportion of information in the news feeds.

But if this announcement had battered the company’s Stock price, analysts felt that the group would gain in terms of image and therefore, in fine, financially.

Twitter is also under pressure, and provided, also on Friday, new figures on the presence of trolls and of accounts auto-related Russian entities and have disseminated, in particular of the “fake news” during the election, reaching a total of more than 50,000 accounts.

The topic of “fake news” goes beyond the u.s. borders, the european Union, having advised on Monday, “a european approach”. And on Thursday, Facebook has agreed to expand its internal investigation of a possible interference of the Russian in the referendum on the Brexit in Great Britain.