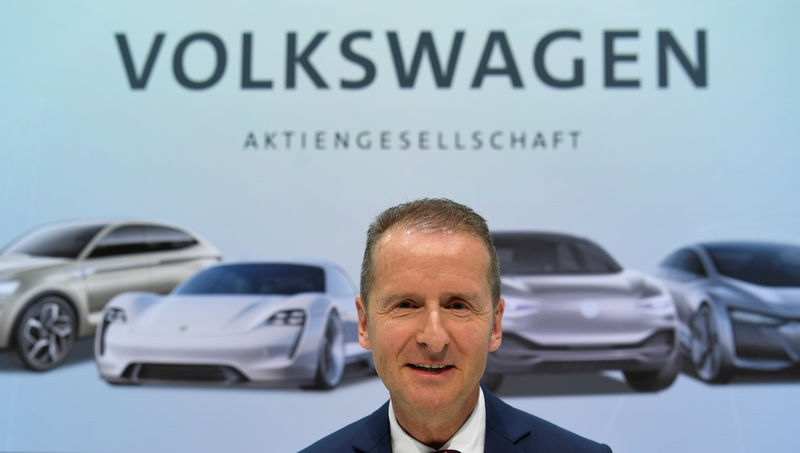 © Reuters. DIESS SHOULD TAKE THE HEAD OF THE SUPERVISORY BOARD Of AUDI

BERLIN (Reuters) – The new chairman of the management board of Volkswagen (DE:VOWG_p) (VW) Herbert Diess will probably take the reins of the supervisory board of Audi next month, according to sources within VW.

Herbert Diess, who has worked at BMW (DE:BMWG), is expected to replace Matthias Müller, the chairman of the supervisory board of the premium brand of the German automaker on may 8, the eve of the general assembly of Audi, said the sources.

“The supervisory board will make a decision for his presidency at its next meeting,” said a spokesman for Audi, without giving further details. VW has not responded to a request for comment from Reuters.

The German magazine Automobilwoche reported on Saturday that Herbert Diess wanted to take up the chairmanship of the supervisory board of Audi, without citing the source.