Cracker Barrel Old Country Store, Inc. (CBRL) has missed the earnings per share (EPS) estimates on 2 June, but the stock rallied toward its 200-day simple moving average at $137.41 on 5 June. Cracker Barrel is a combination country restaurant and a gift shop with the southern feeling of comfort. The stores are located in many major exits along the Eisenhower Interstate Highway System in the Southeast and the Midwest.

When the economy was on lockdown because of COVID-19, the foot traffic in the Cracker Barrel stores was low. What has changed on a dime as travelers returned on the roads recently. Along the I-95 corridor, the parking lots are full again.

The daily chart for Cracker Barrel 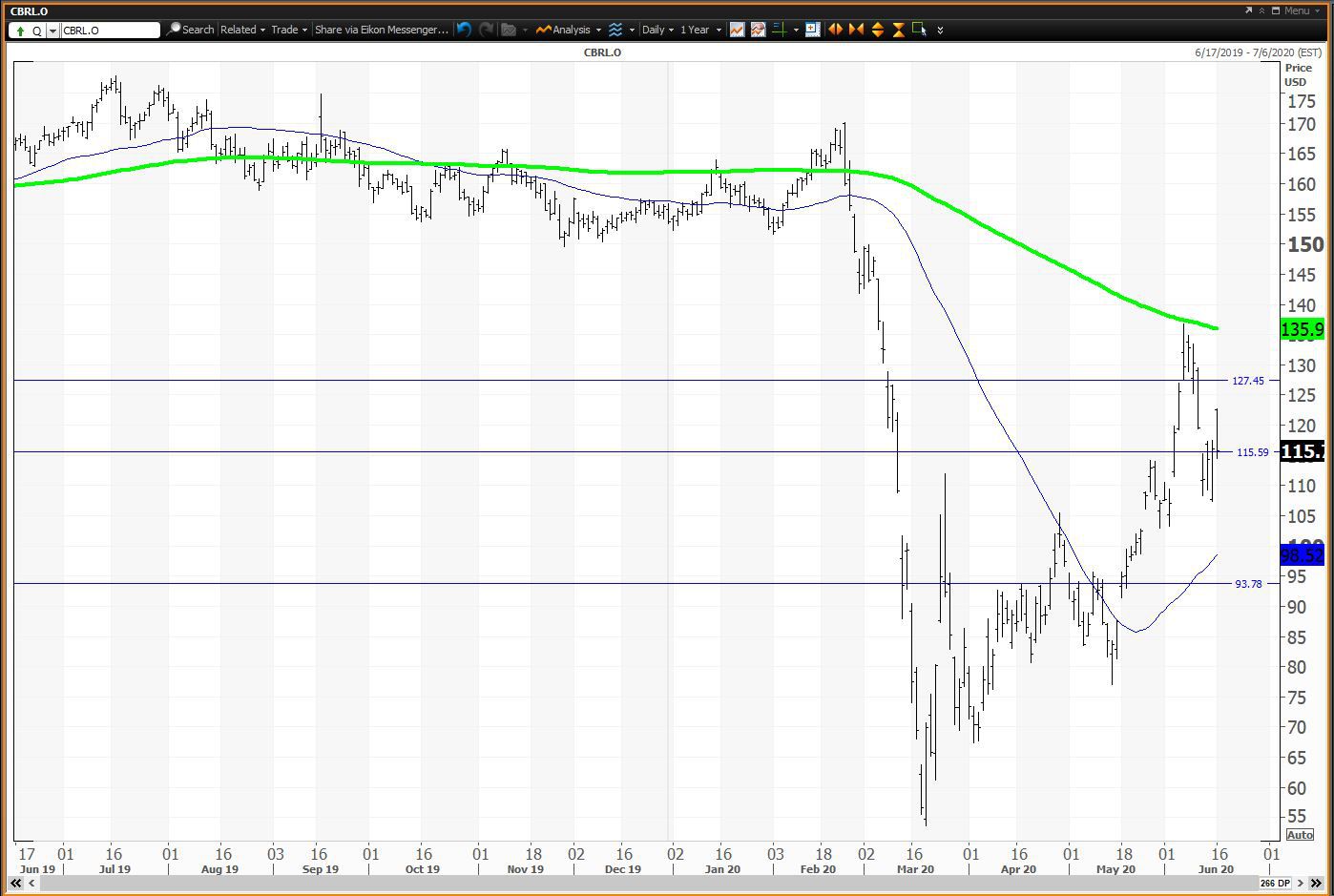 The weekly chart for Cracker Barrel 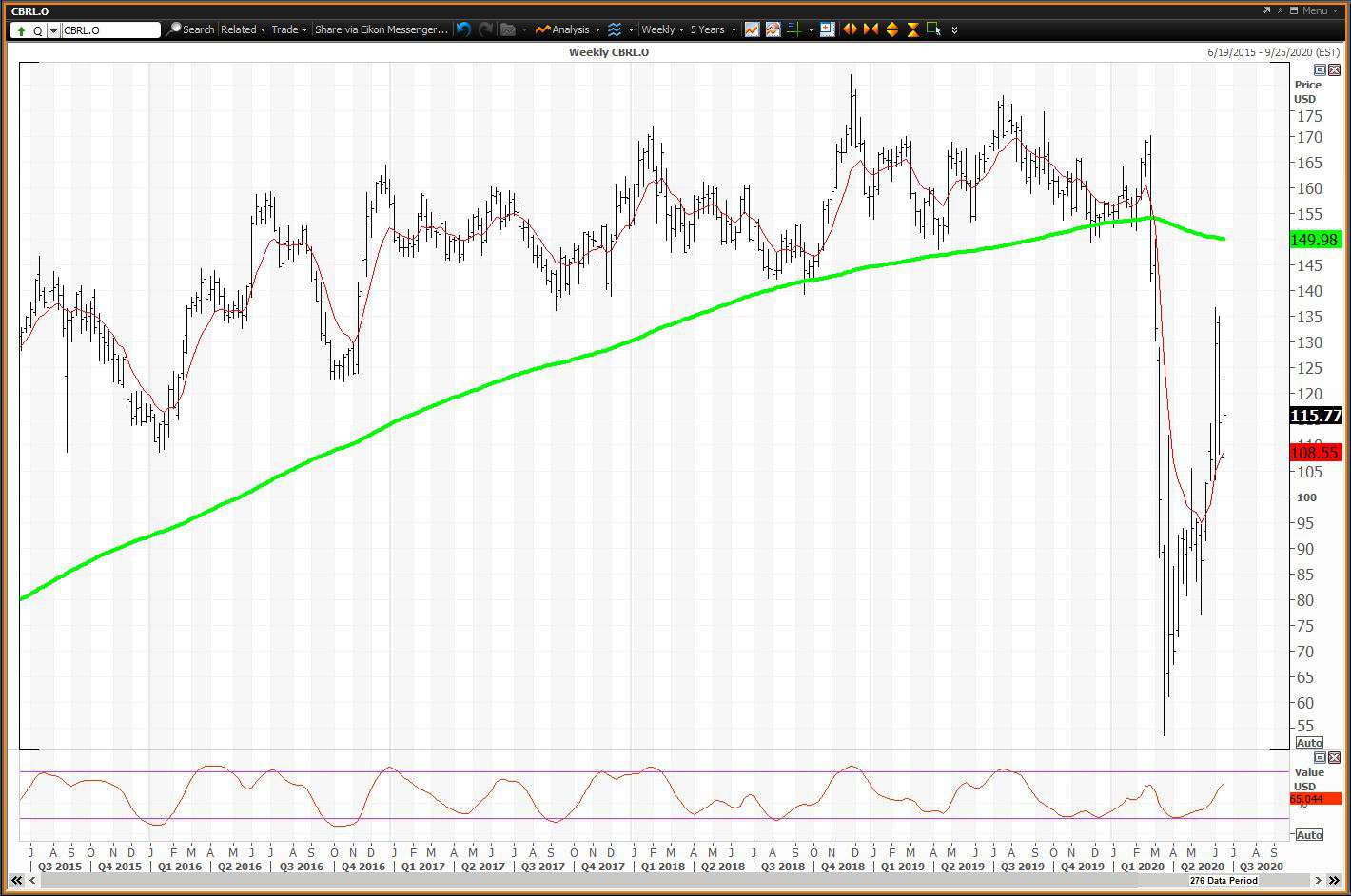 Trading strategy: Buy Cracker Barrel stock on the weakness of its monthly value level at $93.82, and reduce the holdings on the strength of its quarterly risky level at $127.48.