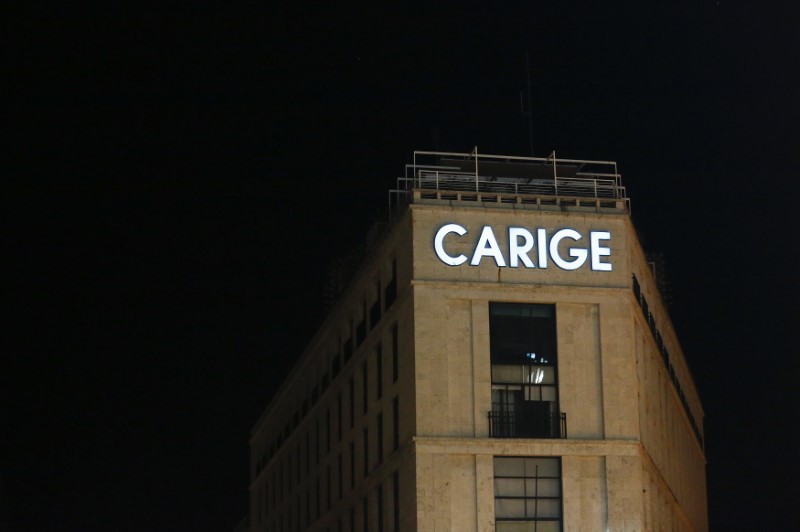 © Reuters. CARIGE: THE MAIN SHAREHOLDER WANTS TO CHANGE THE CA

MILAN (Reuters) – Malacalza Investimenti, the main shareholder of Banca Carige, was said to have demanded the replacement of the board of directors of the Italian bank under pressure from the european central Bank (ECB) to shore up its balance sheet.

Carige announced on Sunday that the ECB had left it until the end of the year to reach a minimum level of own funds at least to engage in a process of fusion.

In a letter addressed to the bank last week, the ECB has also criticised the frequent changes at the head of the establishment, taking the view that the problems of governance were detrimental to its business and its reputation.

Malacalza Investimenti, which holds 20.6% of share capital of the bank after having completed three capital increases since 2014, has said that the implementation of the measures requested by the ECB could not be entrusted to the current leaders.