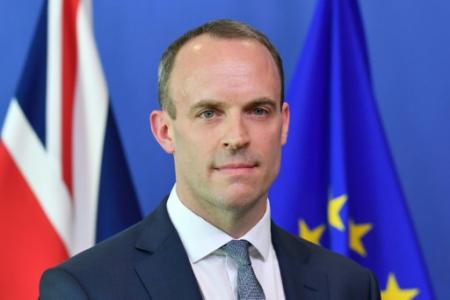 The Uk will not pay the bill for divorce with the european Union on the condition that a commercial agreement is found, was declared the new british minister of Brexit, Dominic Raab, in an interview published Sunday in the Sunday Telegraph.

The eurosceptic Dominic Raab, who was replaced on July 9, David Davis, after the resignation of the latter, stated that, “a certain degree of conditionality between the two” was necessary.

“Article 50 (of the Lisbon treaty, on the process of exit from the EU) requires (…) that there is a future framework agreement for the relationship we have (with the EU) in the future, so the two are linked,” said Mr. Raab in the Sunday Telegraph.

“You can’t have one side a part filling in all conditions and the other part which fails, or which will gently, or not undertaking”, added the minister.

Until now, the british government has sent conflicting messages regarding the financial regulations of the Brexit in the framework of an agreement on the modalities of exit of the Uk from the EU from the end of march 2019.

The First british minister Theresa May has agreed in December to a financial agreement for a total amount of 35 to 39 billion pounds sterling (39-44 billion euros), according to the ministers, depended on the establishment of future business relations.

This agreement had quickly been questioned by members of the government.

The Finance minister, Philip Hammond, in favour of a rupture, “sweet” with the EU was, however, regarded as “inconceivable” the fact that London does not honor its financial commitments even in the absence of a trade agreement, stressing that it was not “not a credible scenario”.

The Uk must leave the EU at the end of march 2019, and the two parties are expected to reach a divorce agreement by the end of October in order to organize the separation, laying the foundations of their future relationship and give time to the european Parliament and for national Parliaments to ratify the text.

Dominic Raab has met for the first time this week Michel Barnier, the chief negotiator of the EU, and will return there on Thursday for new discussions. “If the energy that we place in these negotiations, the ambition and the pragmatism are reciprocal, we will obtain an agreement in October,” said Mr. Raab to the BBC on Sunday. He added that it would be “frankly irrational” for the EU to opt for “the worst-case scenario”, that of a lack of agreement to the outcome of the negotiations.

London, like Brussels say they want to reach an agreement, but both are preparing for the possibility of failure of the negotiations.

The Europeans are worried about the stalemate in the discussions and challenged the constants in internal strategy, Theresa May. According to a survey published by the Sunday Times, only 12% of Britons surveyed think that the “Chequers” of Theresa May on the future trade relationship of the Uk with the EU after Brexit would be “good” for the country.